As the spread rate of the coronavirus slows, the United States has begun to reopen businesses, but the world of both sports and gambling largely remain in timeout.

With brick-and-mortar sportsbooks and casinos shuttered, four of the most accomplished athletes in American history are ready to tee up a charitable return for golf and US sports betting.

Top legal US online sportsbooks have opened Tiger Woods and Peyton Manning as the -225 betting favorites (risk $225 to win $100) while Phil Mickelson and Tom Brady are listed as +170 underdogs (risk $100 to win $175) this weekend’s charity PGA Tour event at the Medalist Golf Club in Jupiter, Florida.

“The Match” will be broadcasted live on TNT, TBS, truTV, and HLN, and fundraising for the event will benefit national and state causes that have been impacted by the COVID-19 pandemic.

Along with donations, charitable gambling — such as raffles and friendly wagers between holes — will be available throughout the day on numerous memorabilia items, swag, and more.

Woods/Manning and Mickelson/Brady will collectively make a charitable donation of $10 million to benefit coronavirus relief. Money raised from the “ALL IN challenge” and charitable gambling will go to DirectRelief.org, the American Red Cross, Save Small Business, and others.

Viewers are encouraged to make donations throughout the live event. If you’re at least 18 years old, then you can legally gamble online in the US. Below you can find odds on “The Match” as well as dozens of golf props available at MyBookie for this Sunday’s GOAT charity spectacular.

First Player To Have A Football Highlight Shown

Who Will Get The Most Birdies?

How Many Holes Will Be Conceded?

What Headgear Will Phil Mickelson Wear?

Which Logo Will Be On Front Of Tom Brady’s Hat?

What Team Will Win Hole #1?

What Team Will Lead After 9 Holes?

Will The Word ‘Audible’ Be Said By Any Player?

Will The Word ‘Deflate’ Be Said By Any Player?

Will The Word ‘Gronk’ Be Said By Any Player?

Will The Word ‘Belichick’ Be Said By Any Player?

Will The Word’ Omaha’ Be Said By Any Player?

Will The Lombardi Trophy Be Seen During Broadcast?

Will Any Player Spike A Football (During Broadcast)?

Will Any Player Spike Golf Ball During Broadcast?

Return Of The King: Nevada Reclaims The Sports Gambling Throne

August 2, 2019 Admin Legal Comments Off on Return Of The King: Nevada Reclaims The Sports Gambling Throne

You come at the king, you best not miss. Nevada took back its sports gambling crown just one month after having the handle dethroned by up-and-coming New Jersey back in May. For the month of […]

Although the chances of early success are slim for Colorado’s sports gamblers, it’s a well-known fact that you’ll always miss 100 percent of the bets you don’t place. Four sportsbooks — BetMGM, BetRivers, DraftKings, and […]

One player took a gamble and is now paying the price. The NFL announced on Friday, Nov. 29, that it was suspending Arizona Cardinals defensive back Josh Shaw for gambling money on NFL games and […] 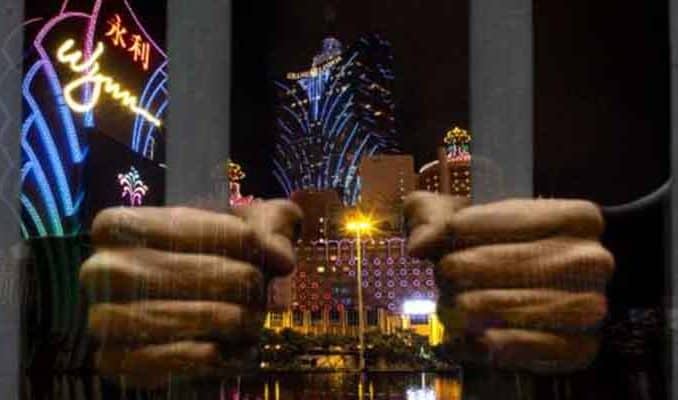 October 21, 2021 Comments Off on The Onset of Illegal Gambling Busts in Hawaii Reaffirm Why Offshore Casinos Are The Safest Way to Game

Massachusetts Senator Says US Gambling Expansion Is Not A Priority

October 1, 2021 Comments Off on Massachusetts Senator Says US Gambling Expansion Is Not A Priority