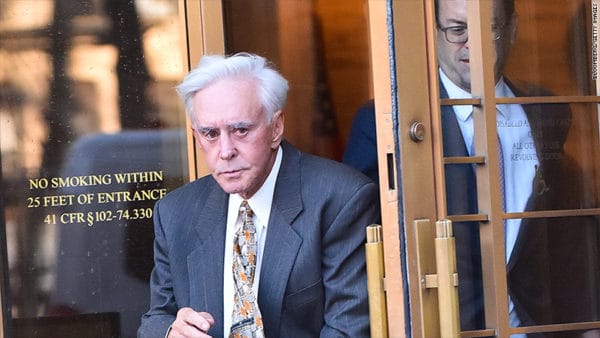 Sports betting has a skill component, right? Some people are undoubtedly better at than others because they know more about the game, follow it more closely, and have a pragmatic view of the universe that they can differentiate clearly from their own personal desires. Despite these ideas, gambling on anything requires a certain amount of luck that just can’t be perfectly replicated every single time. When a person becomes the most successful sports bettor in the country, some eyebrows start to raise.

Billy Walters is a Las Vegas sports gambler that has been so successful in this bets that he has been able to buy seven homes and a $20 million-dollar personal aircraft. Its safe to safe he became a legend in the United States sports betting industry. For Walters, however, it was simply too good to be true. He was recently sentenced to five years in prison after being convicted of organizing an insider-trading scheme for six years with the former Chairman of Dean Foods Co., Tom Davis.

In a Federal Court in New York where the case took place, the judge had a bad taste in his mouth for Walters. He described the Las Vegas gambler as a low-level gambling celebrity who simply wanted to exploit his personal relationships out of selfish desire and ego. He only wished to be seen in the eyes of others as a winner. It was noted in the case that he left a paper trail of his misdeeds so easily traced back to him that he had personal made his own arrest inevitable.

U.S. District Judge Castel said, “Billy Walters is a cheater and a criminal, and not a very clever one… The crime was amateurishly simple.” He continued to explain that through the details of the case he thinks that Mr. Walters were clearly just trying to pump his own ego by appearing to himself and others as one of the famed “winners” of Las Vegas and used money as his points in the fictional game only he was playing.

Walters was officially convicted on 10 counts of conspiracy and fraud after a trial that lasted 4 weeks. He was found to have made up to $43 million dollars based on corrupt tips that he received from the Dean Foods Chairman, Davis. Davis and Walters were friends and used to play golf together but that didn’t stop Walter’s defense from repeatedly blaming the fraud on Davis. Jurors consistently rejected the idea, however, finding that Davis simply plead guilty in the case and fully cooperated with authorities on the matter. Davis then testified against Walters in the trail that took place in April.

Walters has invested his money into various businesses around Las Vegas, including Gold Courses, Auto Dealerships and car rental agencies. He was fined $10 million in the case and has been mandated to report for his 5 year prison sentence in early October.