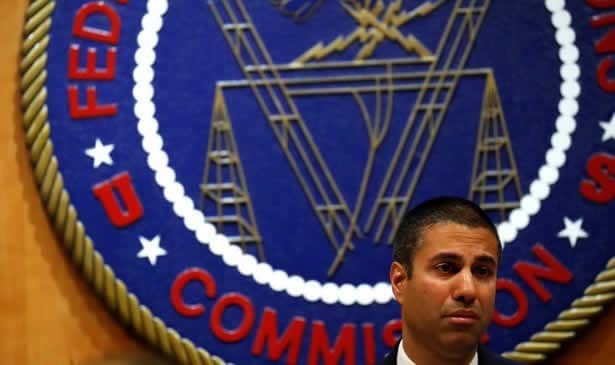 The FCC voted 3-2 in favor of repealing the net neutrality regulations put in place during Barack Obama’s tenure as President. This deregulation of the telecom industry puts major ISPs in pole position to speed up service for websites they favor and, inversely, block websites they do not. The move reflects the changes in policy that have been taking place in Washington under the Trump administration.

Supporters of the FCC’s decision believe that the Internet is better off as an open and free marketplace as opposed to hindered by government control. This is not the worst argument when you look at other government controlled entities like healthcare and education. Ajit Pai, Chairman of the FCC, stated his belief that entrepreneurs and innovators have done far better for the Internet than the government ever could.

It is unclear exactly how the FCC’s decision will affect the World Wide Web, but one thing is certain—those effects will not be felt for some time. The FCC will face a series of lawsuit and legal action from those opposing their decision. This will delay telecoms from implementing any new platforms. Some analysts predict that major telecom companies will begin pricing bundles of Internet services (similar to cable packages), but the major telecom groups have stated they will maintain the equal and fair treatment net neutrality supported.

Two of the largest groups to likely be affected are social media and video streaming services. Other markets like online shopping and online gambling will likely not be imacted too much. For example, there is no Netflix-equivalent in the US gambling online market. That does not mean there isn’t competition, but the industry is a bit of a closer race. Speaking of competition, this new deregulated platform will inspire websites to improve their functionality and services in order to better their position on the ISPs’ totem pole.

Internet providers do not see the end of net neutrality as the end of the Internet as we know it. Instead, they envision an online environment where consumers ultimately benefit. The daily Internet usage and activities will not change drastically for consumers (at least in the beginning). The bulk of changes falls on individual websites and their products/services.

The previous regulations helped to get broadband Internet off the ground, but now that there is a solid existing platform, some feel that it is time to reintroduce a free market approach where economic competition can take over and foster groundbreaking innovations. Look at the smartphone industry—the lack of government regulations spawned a technological impact that affects all of us. There are arguments to be made on both sides, but only time will tell how the lack of net neutrality will alter the market.