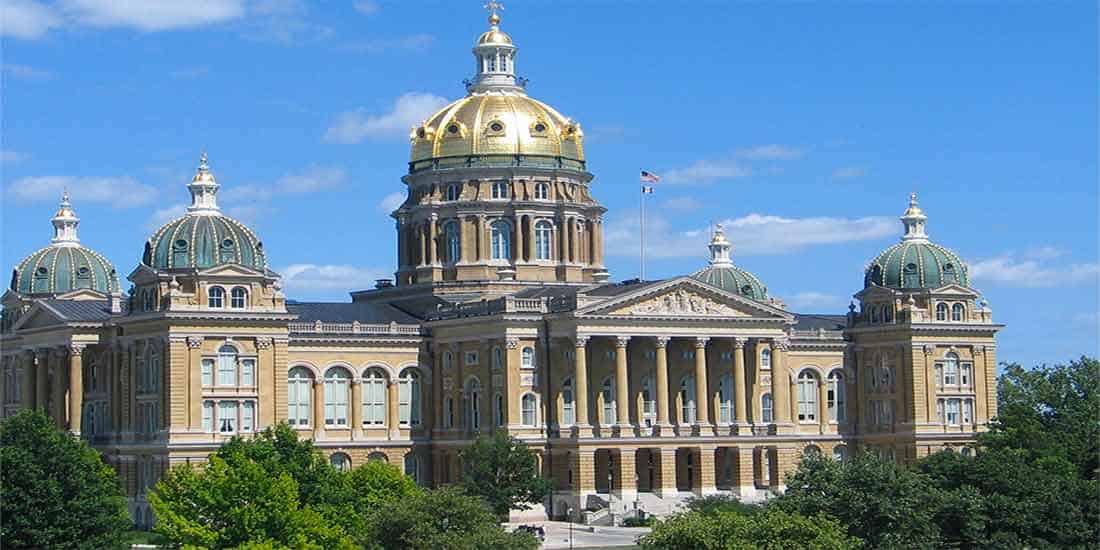 Iowa is one of about a dozen of the United States that are actively seeking to have some type of online poker legislation and regulation. Up until December of 2011, companies could not set up online poker and gambling sites in the United States, and offshore entities came in to fill the vast need. But it was last December when the Department of Justice said they would no longer outlaw USA internet poker and other online gambling ventures, and would rather allow each individual state to police itself, and develop what they felt was the best and safest online poker product for their citizens.

Iowa is now one step closer to becoming only the second state in the US to legalize and regulate online poker. Nevada moved quickly and became the first state to develop online poker legislation, and are now poised as the first state to cash in on what appears to be a multibillion dollar business venture. Nevada online poker spokesman announced two weeks ago that their first online gambling licenses would be up for sale in the next 30 to 60 days, and that actual online poker play in that state would probably take place in late 2012 or 2013. In licensing fees alone Nevada looks to cash in to the tune of tens of millions of dollars.

The Iowa Senate recently successfully passed legislation that would allow any existing casinos to offer online poker to Iowa residents. The passage was relatively close, with a 29 to 20 vote for legalizing online poker play in Iowa, and with two of the United States now giving their stamp of approval to legalized online poker play, the chances of passage in other states goes up exponentially. Those voting for passage of the online poker bill pointed out that millions of Americans already play online poker, as well as many Iowa residents. Instead of the money ending up in the hands of offshore companies which can’t be regulated and don’t provide a safe destination for Iowa residents, those lawmakers argued successfully that the money should stay home in Iowa to help the ailing economy.

Iowa legislators also pointed out that the reversal of the Department of Justice position on Internet poker may be only the beginning of a drastic change in the federal government’s online gambling attitude. They urged that passage of legalized online poker play now before any federal laws came into effect would help solidify Iowa as an early leader, and one of the few states who could rightfully claim a large piece of the multibillion dollar financial pie that is online poker.

Iowa and New Jersey are two states who have in the past commissioned multiple reports to back up their position that online gambling can be a safe and incredibly profitable venture. The reports from those two states show that hundreds of millions of dollars in revenue at the very minimum could be added to state coffers by regulating online poker play, and play is already going on inside their state boundaries anyway. Iowa legislators like Senator Jeff Danielson also pointed out that literally thousands of jobs could be added at a time when the unemployment rate is nearing all-time highs. Now that Senate passage has occurred, residents are just that much closer to enjoying a safe, regulated and legal Iowa online poker experience with the blessing of the United States Department of Justice.