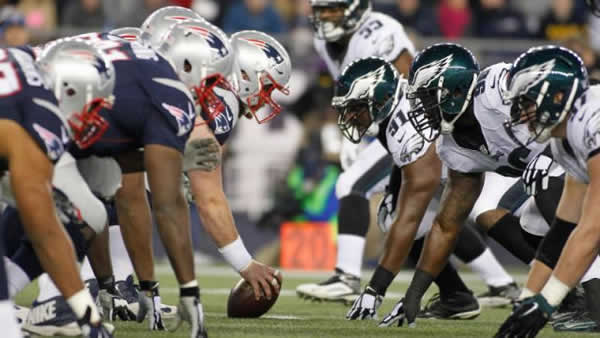 Some thought it was a time for a fresher, younger Jacksonville Jaguars team to dethrone the mighty New England Patriots in the AFC, but the Pats showed everyone that they aren’t ready to give up the top spot just yet. The NFC, which has been a toss-up all season long, fell to the Minnesota Vikings and the Philadelphia Eagles, the latter of which submitting a dominating bid for the best-in-the-NFC with a 38-7 victory. With that, your Super Bowl LII matchup is between the defending champions, the Patriots, against the red-hot Eagles.

The Jacksonville Jaguars quieted all the doubters when they beat the Pittsburgh Steelers in the Divisional Round. After that game, people knew the Jags meant business. They may have given up 42 points in the win, but they showed they have the intensity and talent to run with the best of the league. The Patriots dominated the Tennessee Titans in their Divisional game, but this was expected. Jacksonville would be a new challenge for them.

From the beginning, the Jags looked eager to put the defending champions away and earn their spot in the Super Bowl. The defense held QB Tom Brady in check while QB Blake Bortles and RB Leonard Fournette helped lead the offense to an early lead. Things began to get even worse towards the end of the first half when Rob Gronkowski went out with a concussion, but a pass interference call soon after put the Patriots in position minimize the gap before the half.

The second half saw more of the same from both teams, with the only exception being that the Jags’ offense couldn’t get anything to go. And while the Patriots’ defense was finally stopping Jackonsville, Tom Brady and their offense began to come to life. The Pats were facing a 20-10 deficit in the fourth quarter, but if anyone knows anything about fourth quarter comebacks, it is New England. They went on to score 14 unanswered points to book their ticket to Super Bowl LII.

There were some questionable calls, including that pass interference play that set up a touchdown (though that looked more to be a lack of discipline on the Jags) and a fumble recovery that should have never been ruled a dead play, but you can’t change the past. New England capitalized on their mistakes and showed why they are considered the best.

Over in Philadelphia, fans were treated to a commanding victory over the Vikings. Minnesota earned their spot in the NFC Championship after a miracle play from Stefon Diggs, but there would be no such play in this game. Diggs had a good performance with 70 yards on 8 catches, but it was not enough. The Eagles’ defense was all over the Vikings. They caught 2 interceptions, 1 of which was run back for a touchdown. With 5 Vikings receivers with at least 20 receiving yards, you’d think there would be more touchdowns, but the Philly defense came in clutch drive after drive.

QB Nick Foles had the game of his life with over 350 yards and 3 touchdowns. RB LeGarrette Blount had a rushing touchdown, though alternative RB Jay Ajayi had the better game in terms of yardage. WR Alshon Jeffery had a phenomenal performance. All around, the Eagles looked more deserving to be in the Super Bowl. The Vikings had a strong year, but their flaws were exposed against Philadelphia.

Super Bowl LII is shaping up to be a great game. The Patriots have more adjustments to make, like performing better on third downs and get their run game up. For the Eagles, they need to learn from Atlanta and Jacksonville and never let up on the defensive pace. Tom Brady succumbs to constant pressure, just like any other QB, so if you give him the space and time to make plays he will do just that. US Friendly Online sportsbooks have the Pats as winning Super Bowl LII, but the Eagles have shown time and time again that they can prove analysts and sportsbooks wrong.