Skip to content
Home » News » Athletes Looking For A Piece Of Sports Betting? 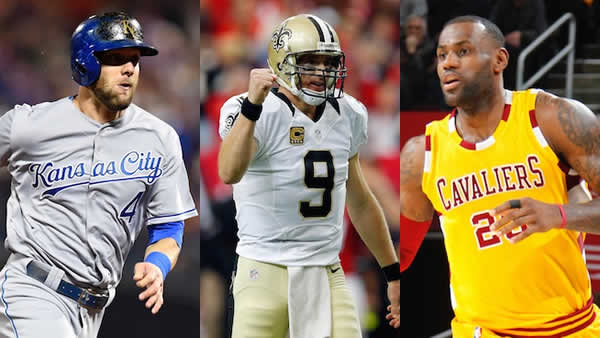 There is blood in the water and the sharks are circling. With the US Supreme Court case on PASPA to be resolved sometime this year, the sports leagues are beginning to move in on states trying to pass sports gambling legislation. Not only the leagues, but now the players associations from the NFL, MLB, NHL, and NBA want in.

Why is this significant? There would be no sports without the players. While the leagues hold the most power, players associations have gotten a lot stronger over the years. They were formed to protect the interests of the players and they have been doing just that. Now that legal sports betting is on the horizon, the players associations want to clear the air on what they want. Whether or not the demands will be met and negotiations will go smoothly remains to be seen, but their cards are at least on the table.

The PAs want to ensure that all their bases are covered when it comes to sports betting. These bases include the “legal, commercial, practical and human consequences” of sports gambling. That portion comes directly from the joint statement the PAs filed. The players associations are designed to protect players. They act as union for players to rely on when the leagues try to take control or there is any trace of unethical behavior by a league or organization.

The statement filed by the PAs raises some concerns over players’ privacy, their publicity rights, the integrity of games and how the business will be affected by legal sports betting. They want the athletes to have a seat at the table of any discussion involving sports gambling, that way they can be better prepared for when SCOTUS rules on the NJ case.

So far, the MLB and NBA have been the two leagues lobbying for sports betting in certain states. Now that the potential for legalization has increased, the leagues want to establish a foothold that grants them certain rights. These include integrity fees, data exclusivity and more. The PAs made it clear they do not want the leagues or casinos dictating how legal sports gambling is run. As far as any specific requests, nothing is concrete.

Perhaps the PAs want some of those integrity fees paid out to players. Some of the more obvious demands are that players be compensated whenever their image or name is used. In fact, a similar deal already exists with DFS operators. However, no such payments are made with betting materials in Nevada. If sports betting is legalized nationwide, there may be some provisions laid out with individual states’ legislation.

All this talk of the “integrity of the game” needs to be taken with a grain of salt. The sports leagues have not had any issues with maintaining integrity for a long time and there is no indication that legal brick-and-mortar or online sports betting betting options will change that. A change in federal US gambling laws will help the industry by promoting better regulation. This will keep the integrity of the game in check, which should appease both the PAs and the leagues.

There are still many states that need to pass legislation on sports betting. This means the PAs will be able to lobby for their requests just like the leagues are doing. It is going to be a drawn out process, but they’ll need to be aggressive if they want players to get a cut of any sports gambling.