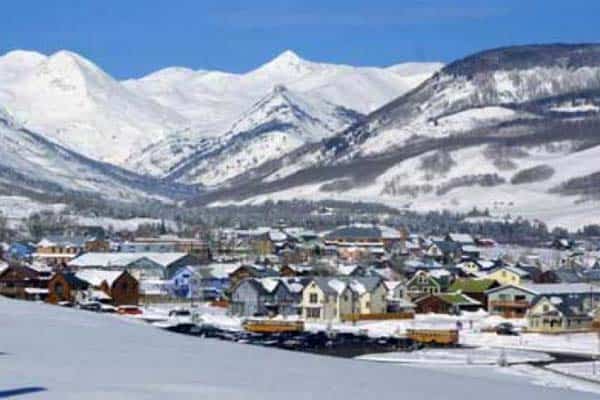 In the midst of March Madness, Colorado is seriously considering gambling expansion to include sports wagering.

Colorado’s legislature is readying legislation and efforts to legalize sports gambling as said by Representative Alec Garnett who is the House Majority leader, “We’ve been working the last couple of months with stakeholders trying to build what a legal sports gambling framework would look like in Colorado”. However, the plan is not ready to be revealed to the public but a gambling tax vote is said to come this November for Colorado residents to get involved in.

Current options for legalized sports betting in Colorado could detail a plan to allow mobile wagering anywhere in the state from mobile devices. Rep. Garnett himself is a supporter of mobile wagering stating “Nobody does this in person anymore” and hopes voter support in November will allow the state to offer legal wagering services in time for the 2020 Super Bowl and next year’s March Madness.

The motion has bipartisan support as Representative Cole Wist is vying for domestic wagering as well. Rep. Wist shared his feelings with the Denver Post, “It seems to me it’s a no-brainer. We should have the conversation to see if this is something we as a state want to do…I think it’s important to go back to the voters and make sure it’s something that they want”.

What’s even more interesting is Colorado Attorney General Cynthia Coffman says sports betting is not banned under the state constitution which could mean no new law is needed to implement it. She referenced this specific provision, “While Article XVIII, Section 2 imposes various restrictions on ‘lotteries’, commercial sports betting does not qualify as a lottery. The Colorado Supreme Court has ruled that betting on horse and dog races is not a lottery, and there is no material difference between betting on horse and dog races and betting on other types of sporting events. Commercial sports betting therefore falls outside the restrictions in Article XVIII, Section 2”.

Rep. Wist has publicly acknowledged this allowance but still believes gaining an opinion from the voters is important.

However, legislators have yet to acknowledge the elephant in the room, the rivalry between Colorado racetracks and casinos. In 2014, a bill to allow gaming at racetracks was fought tooth and nail. Not only this, proposals to expand gaming outside of the remote towns of Black Hawk, Central City, and Cripple Creek were pushed back by voters. Online gambling has had a hard time gaining a footing in this state as well due to voters rejecting the idea, despite the extra access online platforms could provide when the small mountain towns are harder to reach in the winter.

At this moment in time, it seems US sports gambling has an uphill battle it needs to ready itself for in Colorado as did domestic US online gambling options. Colorado may be more comfortable sticking to Marijuana rather than trying to change its domestic gambling industry as hinted by the lack of progress previous gaming measures.