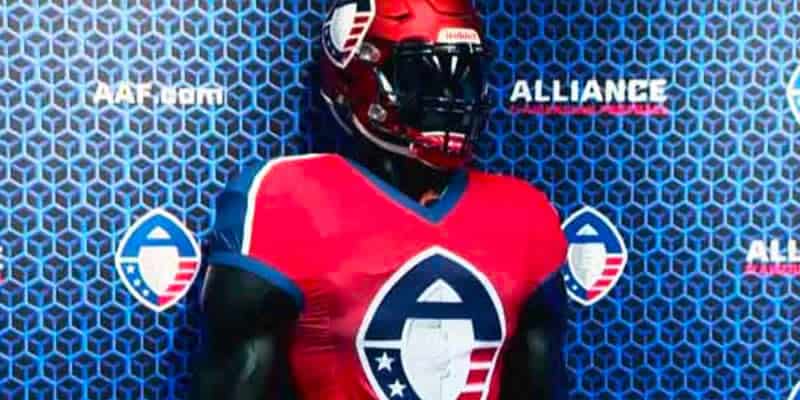 The Alliance of American Football (AAF) is a new football league that launched a week after Super Bowl 53 in February of 2019. Despite low game attendance, the amateur league entertained about 3.25 million television viewers on their opening Saturday.

The leagues long-term business plan is said to be focused on sports gambling data and technologies that are using the league as a storefront and laboratory. Unlike traditional sports, the AAF is looking to use the league to try new ideas and to fuel the growing online sports betting industry in the USA.

AAF Co-founder Charlie Ebersol told news sources that the real beauty of the league is how they intend to make money from back-end technologies that can be sold to other partners.

Ebersol stated that the league plans on spending in excess of $500-$750 million on the development of these new technologies. Some of his investors include MGM Resorts and Silicone Vally venture capitalist. To help develop the sports technology need to fuel the sports betting industry, the AAF has hired a former head engineer of Tesla and Lockheed Martin.

Despite the low attendance and the stigma that most development football leagues have experienced since the fall of the United States Football League, the AAF could see more days based on their business model and investor list.

Next year another new football league is set to launch a week after the Super Bowl. The XFL has stated that they will again resume business following Super Bowl 54. The XFL was a joint venture between the World Wrestling Federation (WWF) and NBC. In 2001, the XFL played their only season. This time around Vince McMahon has promised to invest $500 million in the venture.

Ebersol told media outlets that he is not concerned with the XFL and that the new technologies his league is looking to produce would be fast enough to give bettors the option of betting on the next play with a variety of options through a mobile platform.

Scott Butera is the President of interactive gaming for MGM Resorts who holds an exclusive license for AAF sports gambling technology. Butera stated that the new technology will allow data to be transmitted to a mobile platform in almost real-time allowing for play by play sports betting. MGM and the AFF are shooting for a no lag data transmitting system.

While this new technology sounds great for legal USA online sportsbooks and bettors who like to bet on live events, there are still some hurdles before the new technology makes it to the hands of the average sports bettor.