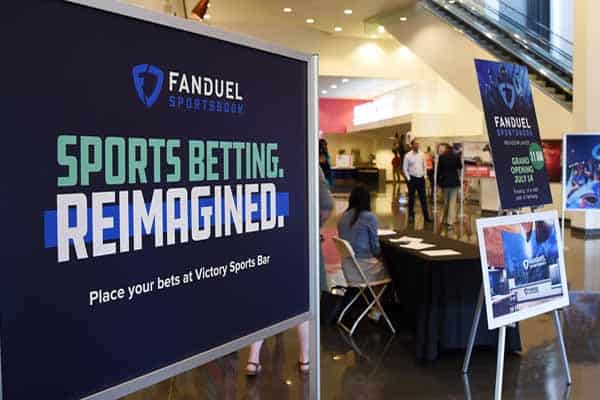 New Jersey’s sports betting industry is fresh, and any negative attention could make the public lose trust in state-regulated sportsbooks.

FanDuel Sportsbooks is stuck licking their wounds after a refusal to payout, an internal investigation by the New Jersey Division of Gaming Enforcement, and negative public coverage. After an internal glitch in FanDuel’s sportsbook system occurred mid-September, FanDuel has felt pressure from the state and public to write its wrongs after refusing to payout $82,000+ to bettors effected by the glitch. In addition, FanDuel gave away an extra $82,000 to random FanDuel account holders to prevent bettors from abandoning the FanDuel Sportsbook brand in favor of corner bookies and other licensed New Jersey sportsbooks.

On September 16th, Newark bettor Anthony Prince wagered on the NFL Broncos v Raiders game at the Meadowlands Sports Complex in East Rutherford using FanDuel Sportsbook’s in-play live betting feature. Before the last minute of the game, Prince noticed the sportsbook offering 750-1 odds on the Broncos winning to which Prince took the odds on $110 of his own money and received a formal bet slip. At the end of the final minute, the Broncos won 20-19 and Prince went to retrieve his payout.

However, once Prince arrived at the window clerk and requested his pay of $82,000 and some change the clerk refused to provide it citing a technical error on the odds for the football game. The clerk claimed the odds should have shown 1-6, not 750-1, meaning Prince’s bet of $110 would return $18.35 in winnings. Prince became upset the FanDuel Sportsbook representative would not honor the bet slip and requested input from the company.

FanDuel Sportsbook then stated the glitch occurred during a system malfunction to which the company is not liable for payout any bets related to the technical error. However, in an attempt to appease Prince FanDuel offered the Newark bettor $500 and tickets to three New York Giant games, Prince refused the company’s proposition. After leaving, Prince reached out to several local news outlets to share his experience with FanDuel Sportsbook and sought legal counseling on the matter.

Prince was quoted by numerous sources stating he would rather use a corner bookie from now on, which is not regulated or licensed, over FanDuel due to the payment issue. Prince continued by saying at the corner bookies bettors at least get paid. These sentiments could adversely affect the public viewpoint of state-regulated sportsbooks due to such a compelling incident between FanDuel and the New Jersey resident.

The media coverage of FanDuel’s technical mishap attracted the attention of the New Jersey Division of Gaming Enforcement who announced the launch of an internal investigation of FanDuel’s Sportsbook system. Director of the NJ Gaming Enforcement Division, David Rebuck detailed the investigation would determine if there are grounds which could lead to a forced payout from FanDuel to the effected bettors. The Director continued by citing the standard use of internal protocols to prevent such errors, and the probing of such systems on FanDuel’s sportsbook.

Kevin Hennessy, a spokesman for FanDuel Sportsbook, publicly defended the company and their position, citing no obligation to payout for obvious errors such as the one which occurred during the Broncos v. Raiders game. The spokesperson revealed the glitch lasted approximately 18 seconds on both the Meadowlands FanDuel Sportsbook and the FanDuel Sportsbook app. However, Hennessy did not disclose the number of other bettors effected by the glitch but did say they were mobile bettors accessing the odds on FanDuel’s Sportsbook app.

The following Thursday, FanDuel announced a complete reversal on its stance concerning payouts and glitches. In a public release, FanDuel Sportsbook said they would award Prince his $82,000 payout, pay the other effected bettors, and give away $1,000 to 82 random FanDuel Sportsbook accounts over the coming weekend.