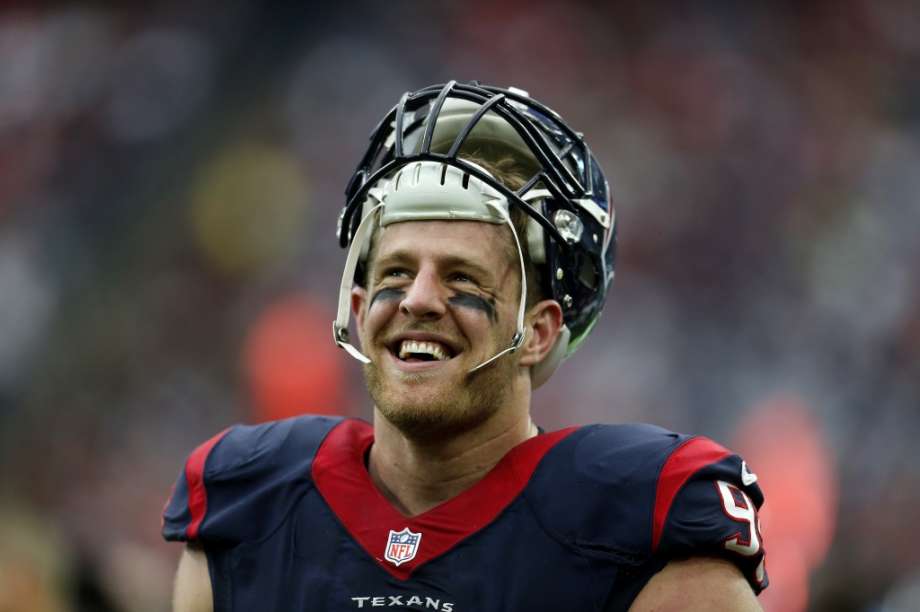 Hurricane Harvey has left the city of Houston devastated. The Category 4 storm caused incessant flooding from rainfall, forcing families to abandon their homes in search of shelter. With all the damages, support efforts have sprung up around the country. Houston Texans defensive lineman J.J. Watt decided to help out by starting a fundraising campaign geared towards hurricane relief. The original goal was set at $1 million, but has since extended to $15 million in light of overwhelming support.

It all started from Dallas, where the Texans are currently located, unable to return home. Watt started a Youcaring account and pledged $100,000 of his own money. Watt took to social media to inform people of the fundraiser and keep them updated on the goal. The goal continued to rise from $1 million, hitting $1.5, $2, $3 and so on. As of Friday afternoon, the goal was reset to $15 million and has already reached $14.9 million. Clearly they will be surpassing the $15 million goal today. Watt’s latest video thanked supporters and stated how the amount raised goes up with each refresh.

The fund has received donations from over 50,000 people. Tennessee Titans owner Amy Adams Strunk donated $1 million to help the fund surpass the $4 million mark. Watt mentioned Strunk’s donation in one of his posts and thanked her for her remarkable contribution despite the rivalry between the 2 organizations in the NFL.

Watt used his platform well in gathering funds for Hurricane Harvey relief. As one of the league’s most popular faces, he reached out to his 2.7 million Instagram followers and 4 million Twitter followers. His campaign gained enough attention to earn him interviews on CNN, CNN International and CBS This Morning, where he asked for additional help. Watt is hoping that the Texans’ last preseason game against the Cowboys in Dallas can be turned into some kind of fundraising event. His hope is to use the money to purchase much needed supplies and send them into Houston.

His effort is one of many, but it has been one of the most successful. St. Louis Cardinals star Matt Carpenter has pledged to donate $10,000 with every home run he hits for the rest of the MLB season. His teammate, Adam Wainwright, has also pledged to match Carpenter’s donation for every long ball he hit. New England Patriots owner Robert Kraft promised to match up to $1 million in Red Cross donations.

Watt praised the efforts of the city of Houston in supporting their residents. As a resident, Watt believes in the city’s strength and resilience as they try to pull through this disaster. His fundraising goal will likely increase each day as relief efforts grow. If you would like to contribute to Hurricane Harvey relief, you can do so through Watt’s Youcaring campaign, Red Cross or any other support group.