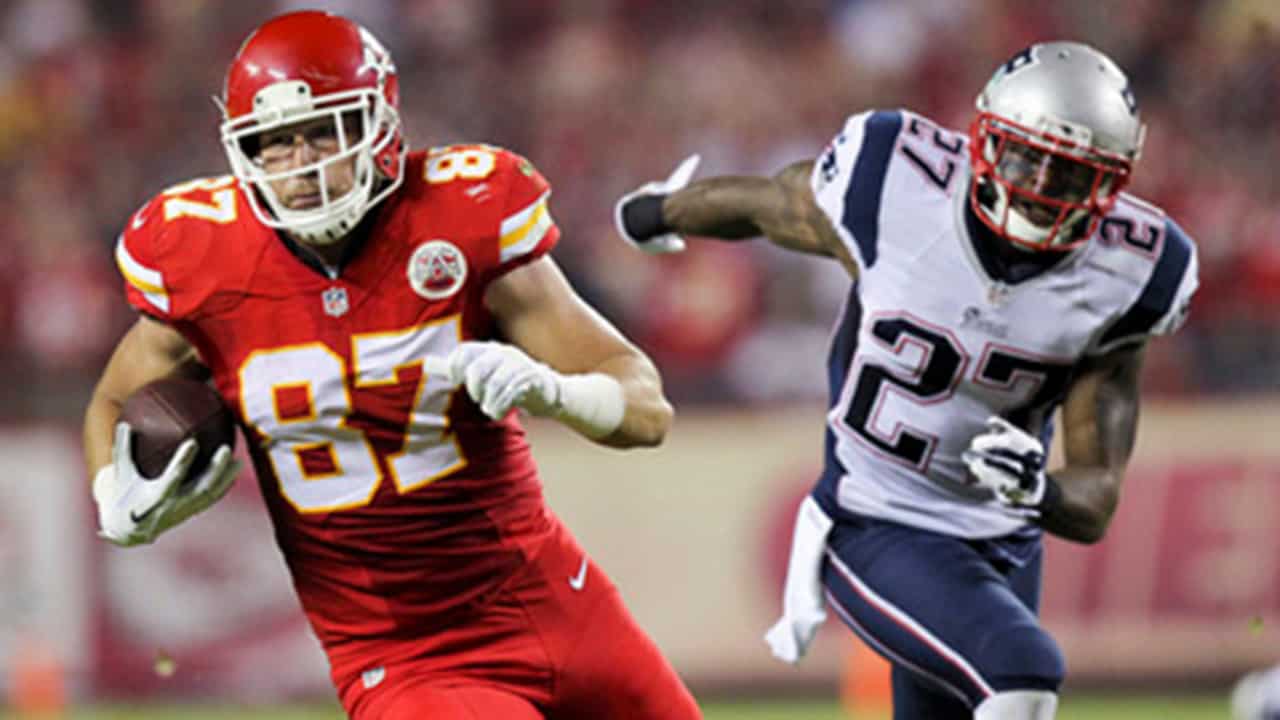 NFL football is back. Fans can bet on the first regular season action of the season with the Kansas City Chiefs taking on the defending champions the New England Patriots. USA online sportsbooks have the Patriots winning on a roughly 9-point spread, but both teams are missing key offensive players, which could alter the team chemistry and affect the overall outcome.

New England is arguably the strongest team in the league—at least offensively. Their offensive corps is made up of several NFL titans including QB Tom Brady, WR Julian Edelman and TE Rob Gronkowski. Their defense is certainly lacking and they allowed the most points during the 2016-2017 regular season. However, the Patriots made several key additions to help out with their defensive woes. Coach Bill Belichick is not about to let his defense bring the team down.

Their offense is the best part of the Patrtiots package, and that is no surprise with Tom Brady at the helm. Julian Edelman proved to be the strongest part of the offensive unit last season, but the Patriots lost the talented player to a torn ACL in the preseason. Brady has still been historically successful without Edelman on the field, but the wide receiver’s presence tends to bring the best out of other receivers—most notably WR Danny Amendola. With Edelman being the primary target of most defenses, other receivers have more room to spread out and make plays. With him gone, these receivers will have to face the brunt of the defensive pressure themselves. Look for Chris Logan and Brandin Cooks to help out with the offensive workload, as Amendola and TE Gronkowski will likely be smothered.

The Chiefs suffered an offensive loss with RB Spencer Ware going down with injury. Their #1 RB was an important part of the offense, and now rookie RB Kareem Hunt is expected to start. Charcandrick West provides another option in the depth chart, but the Chiefs will likely put up a more pass-heavy offense. WR Tyreek Hill is a constant threat, both with the offense and special teams. Hill averaged 27 yards per kick return and 15 yards per punt return last season, which could help them out in terms of starting field position. QB Alex Smith is one of the best in the league, so his presence already makes the Chiefs a solid threat. If they can put points up early against the Patriots, it may be enough to remain in contention, but their defense will have to perform well.

One important thing the Chiefs have going for them is the fact they caused the most turnovers last season. Even though the Patriots had the fewest takeaways, the Chiefs could expose their defense. Forced turnovers, if nothing else, would limit the Patriots offense’s time on the field, which may be the only way to defeat the Patriots.

Special teams could be another significant factor. The Chiefs’ Hill is a game changer on returns and the Patriots added 3 key players in Marquis Flowers, Johnson Bademosi and Cassius Marsh. The real battle will be defensively, with all eyes on the Chiefs.

From a betting standpoint, the Patriots are the safer bet. They are the favorites to reach the Super Bowl again according to the futures odds at most legal sports betting sites, and the Chiefs could be the first victim on their redemption run. Smith and Co. may be able to pull off the upset, but the odds are scarce considering they will be playing to a riled up New England crowd.