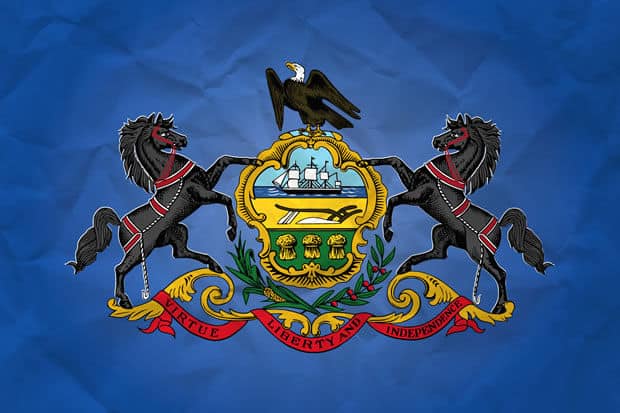 The state of Pennsylvania is giving serious consideration to legalizing online gambling. Two months ago, research indicated the state would draw the focus of those who support Internet gambling. A few days before Governor Tom Wolfe was to announce several hefty tax increases to offset a $2.3 billion deficit in the state budget, the Gaming Oversight Committee, which is overseen by the state House, put forth a proposal for legal Pennsylvania online gambling, a move which could bring in million of dollars for the state. Another bill, which would allow only poker games, was also suggested.

The study was conducted by GamblingCompliance, which estimated that up to 11 states may consider allowing online gambling or making changes to current laws. It said Internet gambling supporters will target New York and Pennsyvania due to the density of mobile and Internet services along with higher than average per-capita incomes.

Currently, only Delaware, New Jersey and Nevada have legal Internet gambling, while 12 other states provide an online lottery. All require users to be within state lines to engage with lottery games or gambling and utilize software to verify location, age and identity.

The expected revenue from Internet gambling has fallen short of predictions. New Jersey was supposed to have seen $200 million to $1 billion from its online efforts and saw only $122 million. The state took 15 percent of the money, with the rest going to casinos.

While the Gaming Oversight Committee predicts $120 million in online gambling revenue for Pennsylvania, it says that number is conservative in light of the state’s gambling market being nearly one-third larger than New Jersey’s. The proposed bill would limit Internet gambling to established casinos, with a license fee of $5 million. The state would receive 14 percent of the revenue, which is equal to that of traditional table games.

Previous attempts with similar bills have never gained traction in the Pennsylvania legislature. The committee says the state’s large budget deficit makes the chance for approval more likely. It would also like to propose the legalization and regulation of betting on fantasy sports.

Not everyone in the casino industry is on board with the online gambling idea. Jim Kilby, a casino executive and consultant, stated the bill will result in a loss of jobs from casinos and is not good for the economy in general. Sheldon Adelson, who owns several casinos including The Sands in Bethlehem, is a supporter of a federal law to outlaw all forms of Internet gambling. GamblingCompliance does not expect the federal effort to succeed.

The CEO of Central Account Management Systems, Matt Katz, stresses that online gambling is not something that produces immediate results. He says the regulated online gambling markets of Europe took three to five years to reach a point of substantial tax revenue. He added the Internet has provided many new jobs and online casinos could help the traditional casinos protect their investments.  Katz concluded his remarks by stating that business is based on forward momentum and more states need to make legal US online gambling a priority.