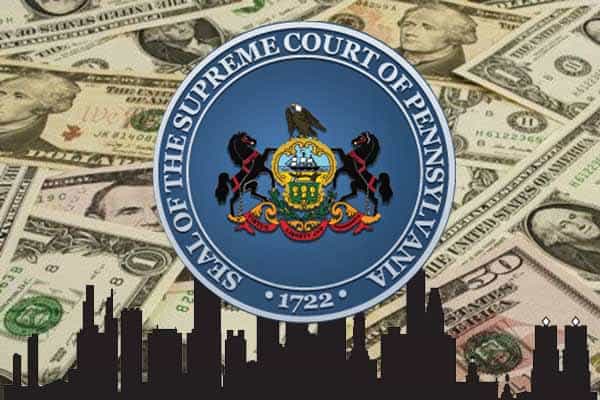 The future of gambling in the Keystone State keeps getting brighter.

In the fiscal year since signing a comprehensive gambling expansion bill into law into law, Pennsylvania has generated over $385 million from legal gambling licensing fees and tax revenue – earning the state over $1million per day since late 2017.

Governor Tom Wolf signed the reform bill into law on Oct.30, 2017, making Pennsylvania the fourth (at the time) state to legalize online gambling.

Pennsylvania lawmakers had estimated the state would bring in $100 million from online gambling when signing the 2017 budget but never imagined it would make nearly $400 million for a single year.

The gambling reform generating a huge amount of revenue is good news for the Commonwealth of Pennsylvania lawmakers, who were faced with a$2.2 billion budget deficit last year in addition to quelling fears that the state’s casino market might be slowing down.

Most of the gambling revenue comes from licensing fees, and many gambling and sports betting operators have yet to even begin offering services to customers since many are waiting on licenses to be issued by the Pennsylvania Gaming Control Board (PGCB).

In fact, sports betting only recently began in the state and doesn’t factor much into the report due to Penn National Gaming (PNG) becoming the first sports betting operator to open a sportsbook, Hollywood Casino, which launched in November 2018.

Here is a breakdown of the state’s gambling revenue from the 2017-2018 fiscal after the expansion was signed into law:

This fixes the problem in the short term, but licensing fees are not a long-term solution and do not create annual revenue for the state.

Many economists believe Pennsylvania will likely need to lower the tax rate if they want to encourage more casinos and sportsbooks to open and generate revenue from both in-person and online gamblers.

Only time will tell, but the pieces are in place for the Keystone State unlike in most states – for now.

However, with the wave of sports betting and gambling becoming more accepted in the United States, stretching across the country from shore-to-shore, Pennsylvania will need to act fast or the state may very well soon be crushed by the tide of competition.