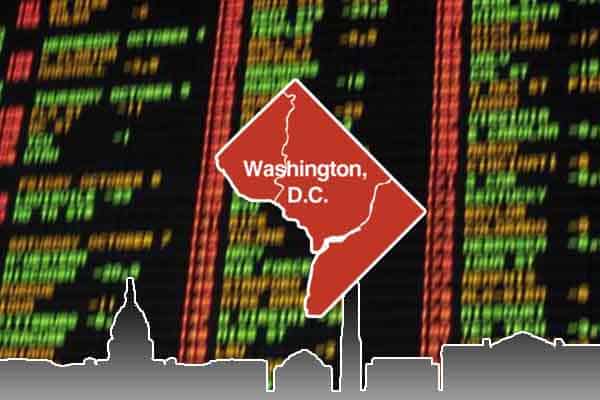 Legal sports betting is sweeping across the United States and has now passed in the nation’s capital.

On Tuesday, the D.C. Council voted 11-2 in favor of legalizing sports betting in the nation’s capital with the passing of the Sports Wagering Lottery Amendment Act of 2018.

This was the second vote on the bill by the council, with the first vote being approved in early December, and now, the bill will be sent to Mayor Muriel Bowser’s office for her signature.

Mayor Bowser has supported the sports betting bill since the beginning, and with her signature, the fate of sports betting will be handed to Congress, which isn’t expected to stop the bill from becoming law – meaning Washington D.C. could have sportsbooks operating within the city limits in the first couple months of 2019.

According to the bill, the D.C. Lottery will have the authority to issue licenses to four of the major sports stadiums and arenas in the city, which includes Nationals Park, Capital One Arena, Audi Field, and the Entertainment and Sports Arena in Ward 8.

RFK Stadium will not be allowed to have a sports betting license because the facility is located on federal land and is prohibited from engaging in any activities relating to gambling.

In addition, the D.C. Lottery will also be allowed to issue licenses to private businesses and give owners around the city the opportunity to offer USA sports betting to residents and visitors to the nation’s capital.

One cause of concern from many experts is the apparent monopoly the D.C. Lottery creates in the online and mobile sports betting market.

In the bill, the city’s lottery allows sports venues, such as the D.C. stadiums and arenas, to offer sports betting from apps on smartphones but users will only be allowed to bet if he or she is on the facility’s property.

The D.C. Lottery will be the only operator allowed to launch a smartphone app that can be used anywhere within the city limits for the purpose of betting on sports.

D.C. Council member Jack Evans, who is the bill’s main sponsor, said these are the current terms of the bill and said the council made sure that changes could be easily implemented to allow private businesses to offer city-wide mobile and online sports betting in the future if the demand is high.

“The bill includes a lot of flexibility,” said Evans. “There will be a Lottery app. If we decide somewhere down the road that we want to have multiple apps, we can do that as well. And it sets up a number of licenses and really gives an opportunity for many people in the District to participate.”

Many states have begun the process of legalizing sports betting after the U.S. Supreme Court ruled PASPA unconstitutional, which originally prohibited states from crafting any sports betting legislation.

Since that ruling in May 2018, states such as New Jersey, Delaware, West Virginia, Mississippi, Rhode Island, and Pennsylvania have joined Nevada in allowing people to legally bet on sports using state-licensed sportsbooks.