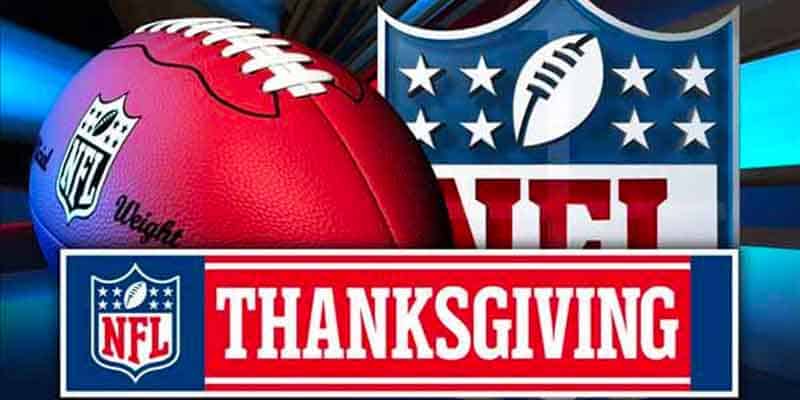 Few events pull on the heartstrings of red-blooded Americans more than Thanksgiving Day Football. The matches not only buffer painfully awkward conversations with distant family but stand as a cultural phenomenon and relic of American tradition.

Even the force of the pandemic was not enough to stop our favorite holiday sporting event. As Covid-19 throws a wrench into practically every other holiday plan this year, Thanksgiving Day Football acts as an appreciated return to normalcy.

Our top-rated online mobile sportsbooks cover the action for the Houston Texans vs. the Detroit Lions, the Washington Football Team vs. the Dallas Cowboys, and the Pittsburgh Steelers vs. the Baltimore Ravens.

Below are the Thanksgiving Day Football betting lines and our analysis.

Bettors favor the Texans on the betting lines. Dallas will try to carry the momentum from their victory over the New England Patriots last Sunday. The Detroit Lions, on the other hand, are coming off an embarrassing 0-20 defeat by the Carolina Panthers. Both teams need to win this game for a shot at the wild card.

Matt Stafford on the Lions will have to fight through a thumb injury, and experts are unsure of rookie D’Andre Swift’s return after his Week 11 concussion.

Both Dallas and Washington have had lackluster seasons but compared to the entire NFC East, a 3-7 record is average. Despite Washington defeating Dallas earlier in October and Dak Prescott’s season-ending ankle injury, Dallas is poised as the favorite.

The Cowboys still have plenty of power behind Amari Cooper, Ezekiel Elliot, and CeeDee Lamb. And much attention will be on Washington QB Dwayne Haskins and whether he can prove himself as the Washington franchise quarterback.

And if you’re looking to play some Texas Hold Em’ while you watch Texas play, we got you covered there too.

The Ravens vs. the Steelers are the best for last, the football equivalent of Thanksgiving Day apple pie. Don’t get stuffed too early. You’ll want to stay awake for this game.

With a healthy Ben Roethlisberger at the helm, the Steelers have proven a formidable AFC North top dog. They will try to hang on to their undefeated season record.

The real question is how elite Raven’s QB Lamar Jackson fares against a stifling Steelers defense, one of the best in the league. The Ravens pose a real threat to the Steelers, and it will be interesting to see how Jackson steps up in lieu of Mark Ingram and DK Dobbins being out due to testing positive for Covid-19.