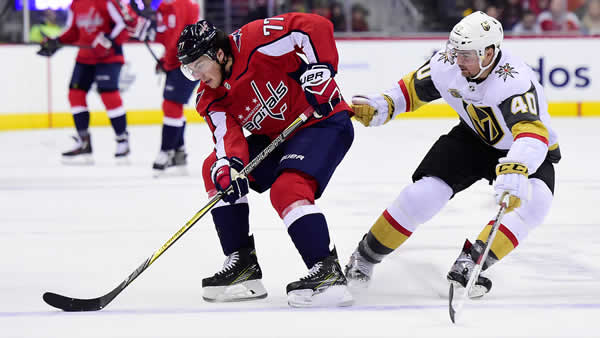 After a critical defeat of the Las Vegas Golden Knights in Game 4, the Washington Capitals’ gained a 3-1 lead which could seal the deal for the Caps to take the Stanley Cup home if they win Game 5. Fans are eager to watch tonight as the Golden Knights face off with the Capitals, however, many are seeing a clear win for the Caps. While the Golden Knights had a blazing start they’ve seemed to lose that fire in their last two Games, maybe the band of self-proclaimed misfits’ luck has run out.

At the moment, the Golden Knights are one loss away from the end, could they come together and possibly defeat the Caps in Game 5 extending their chances of revival? Sure – but it is highly unlikely. In Game 4, the Golden Knights started fast but couldn’t get their shots to go in, instead, the puck bounced off the post every time. It wasn’t until the third period that they scored two points for the whole game. Pressure is on for the Golden Knight players tonight as they attempt redemption for the past two off games.

The Washington Capitals more than likely have Game 5 in the bag after weathering the best efforts from the Las Vegas Golden Knights early on. After a stunning defeat over the Golden Knights in Game 4 tallying 6-2, the Caps soared as victorious. In Game 4 the Caps defense was machinal, movement fluid, and communication strong. Their Goaltender saved every shot from the Golden Knights and whatever he missed bounced off the post. The amazing conversions during the power play by Caps player T.J. Oshie helped launch their lead in the first period followed by an amazing extension by Tom Wilson and Devante Smith-Pelly who piled on goals up until the final minute of the first period with a stunning 3-0 lead.

While the Golden Knights tried their best to fight back against the Caps advances they were facing some unfortunate luck with nearly all of their shots made. In the end, the coordination made by the Washington Capitals was too much for the Las Vegas Golden Knights to keep up with. It almost seemed like that Game was meant for the Caps to win. The Capitals have continuously eliminated their rivals some accredit it to the skills of Caps player Eugeny Kuznetsov, who has a huge effect on games with his wizard-like talent.

With the Capitals one single win away from taking home the Stanley Cup, no one wants another injury scare from Kuznetsov like there was in Game 2. Other key Caps players to watch for are Michal Kempny and Brett Connolly. In that same note, fans rooting for the Las Vegas Golden Knights may see some harder plays made by Reilly Smith tonight in an attempt to give the team another shot at winning the Cup. One thing is for sure, the faceoff between the Washington Capitals and Las Vegas Golden Knights is going to be heated and we can’t wait to watch.