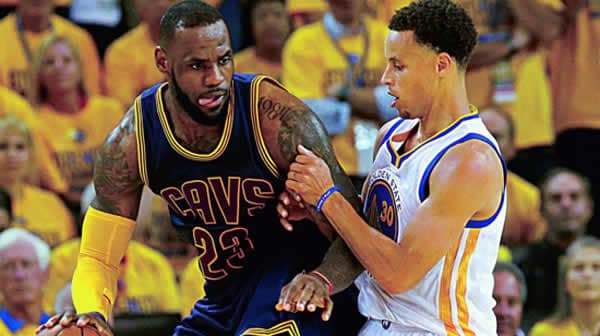 At the start of this NBA postseason, there were thoughts that this could finally be the year where we see a different Finals matchup than the Cleveland Cavaliers playing the Golden State Warriors. Multiple teams had promise and showed it throughout the early rounds. However, after two Conference Finals that came down to Game 7, we have the fourth straight NBA Finals matchup between the Cavs and Warriors.

This year was meant to be different. The Boston Celtics assembled a super team of their own in the Eastern Conference with the additions of Kyrie Irving and Gordon Hayward. Both star players were out before the Playoffs. Still, the Celtics earned the #1 seed in the east. Boston pushed past everybody on their way to the Eastern Conference Finals, including a promising Philadelphia 76ers team. The Cavs struggled against the Indiana Pacers in the first round and then swept the Toronto Raptors in the second.

Cleveland is arguably the worst team it has been since LeBron left them back in 2007. The team was completely reloaded halfway through the season with a couple young players not many knew about and some seasoned vets like Jeff Green and George Hill. The Cavs were playing awfully too, relying on LeBron to carry the team while Kevin Love, JR Smith, and Tristan Thompson came up short. Once the Eastern Conference Finals started, a lot of people thought the Celtics would win. Game 7 was at home in the TD Garden and Kevin Love was out on concussion protocol—a recipe for Boston’s success. However, LeBron put on another strong performance and the young Celtics team couldn’t get any shots to go down the stretch.

The Warriors had some problems going into the offseason as well. Steph Curry was injured and the chemistry seemed off. The Houston Rockets were the team to beat with the addition of Chris Paul to the roster. This Rockets team was built to defeat the Golden State Warriors and the Western Conference Finals set the stage for the two teams to do battle.

Chris Paul was certainly the X-factor for Houston and helped the Rockets obtain a commanding 3-2 lead for the series. However, he suffered a hamstring injury in Game 5 and couldn’t finish the series. Houston was blown out for Game 6 and had a chance to win at home during Game 7. James Harden and the rest of the rockets put up a horrible 3-point shooting display and the Warriors clinched another trip to the Finals with Klay Thompson and Kevin Durant the heroes.

Both the Cavs and Warriors battled their way to the Finals, but this matchup still seems aggressively lopsided. Sportsbooks are giving the Warriors an incredible advantage in the odds and betting lines over the Cavs and it is easy to see why. Golden State has four All-Stars in the rotation while the Cavs are relying too much on LeBron James. Thankfully, the Cavs get a rest before the Finals start because their older players will need it. Golden State has the home court advantage that plays out nicely for the California team, meaning Cleveland could likely be 0-2 down in the series before they blink. If the Cavs have any chance of winning, somebody else needs to step up beside LeBron. If the Cavs somehow win this championship, LeBron’s legacy may finally surpass Michael Jordan’s.