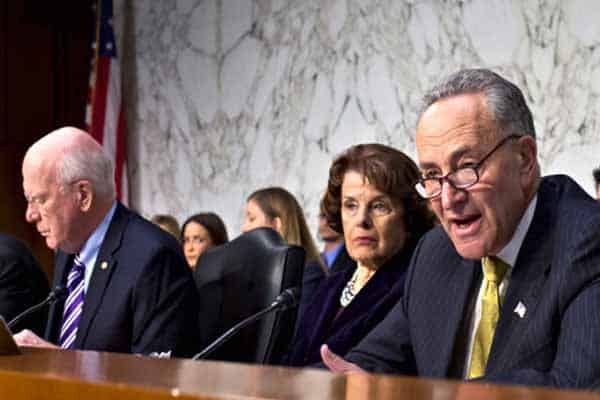 In a bizarre twist of events, Congress scheduled a hearing for federal regulation on sports betting but then postponed it shortly after. This is a point of worry for sports betting advocates, but also a positive sign in that Congress already failed to commit. For states that just passed regulation of their own, this is frustrating in that federal regulation could offset the work they’ve put in. Whether or not the hearing comes to pass remains to be seen.

Ever since PASPA was repealed just about a month ago, speculation has leaned towards Congress stepping in to impose federal regulations. Senator Orrin Hatch made his desires for federal regulation quickly known right out of the gate. Despite his enthusiasm, it takes time for the government to write, debate and pass legislation. However, this news of a hearing brewing a month later is something to consider in the grand scheme of things.

The Subcommittee on Crime, Terrorism, Homeland Security and Investigations is reportedly where the hearing will take place. This seems somewhat ominous given that sports betting doesn’t fall in with these categories, though some may consider it a criminal enterprise. This subcommittee is part of the larger House Judiciary Committee, which is headed by Representative Bob Goodlatte. The hearing has been titled as “Post PASPA: An Examination of Sports Betting In America.”

What would this hearing attempt to accomplish? For starters, the major sports leagues’ agendas would likely be addressed. This means that integrity fees and data rights are in play for federal regulation. After all, several league commissioners have stated their desire for federal regulation as opposed to state-by-state. This is mainly because they haven’t had much success getting states to write in these items into their legislation.

It is believed that some league representatives would testify at the hearing. If this happens, the likelihood of sports leagues getting their way increases greatly. It also hints at the sports leagues having their hands in the pockets of government officials.

Federal regulation has some perks, like establishing a benchmark percentage of revenue that goes back to the states. However, each state has different needs and those needs change. The entire PASPA-case resolution centered on states’ rights. New Jersey won over the federal government, so it seems counterproductive to run interference on states’ progress in passing individual legislation. Such is the way of American politics, so perhaps it is not so surprising.

ESPN’s David Purdum is the one who reported that the hearing will be rescheduled. There is no word as to when it will be put back on the docket. The fact that it was delayed is a preview of what is to come with any plans on federal regulation. The process will be lengthy and tiresome, giving more states time to pass their own individual laws on sports betting.