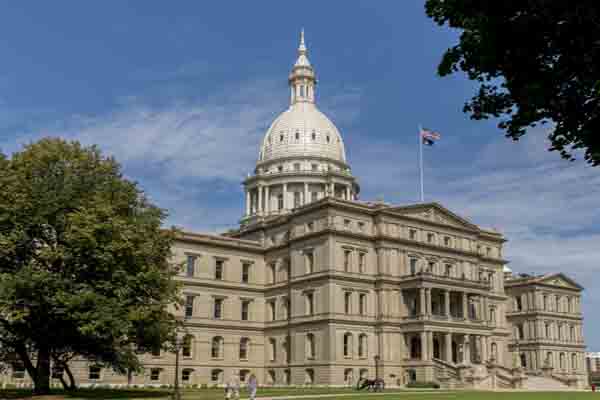 While legal sports betting is spreading like wildfires across the United States, Michigan is taking it one step further with the approval of two new online gambling bills. Lawmakers are also wanting to include online sports betting if the state elects to pass a domestic sports betting bill in the future.

The legislation will allow domestic Michigan casinos to accept bets online. Online casino gambling will also extend to the Tribal casinos that work with the state regulators to use the new technology. Michigan’s state licensedonline casinos would only be allowed to accept bettors 21 or over and will have to use a preventive measure to ensure that no one under 21 can bet online. Skeptics say this bill would enable underage gamblers, but lawmakers are adamant that underage online gambling can be prevented. The bill would not have any impact on Michigan friendly offshore online casinos.

Rep. Brandt Iden stated that Michigan residents are already wagering online at offshore sportsbooks and a lot of the time risking fraud and other online crime schemes by doing so. Iden said that the Michigan online casinos will have strict state oversight unlike most of the online casinos that they currently use. Regulated online Michigan casinos could actually be a positive thing for Michigan residents who like to wager online, and the state would like to keep that revenue. While residents don’t seem concerned about offshore casinos and offshore sportsbooks, they welcome Michigan regulated gambling services as another option.

The online casinos would have to pay a 100k application fee for an internet gaming license. If accepted the first-year license will be a fee of 200k with a 100k fee each additional year for retaining the license. Licensees would also have to pay 8% tax on gross gaming revenues. The revenue collected will go to government programs that will improve the community. This has been effective and beneficial in other states and countries around the world. Online gambling around the world makes up a 450-billion-dollar industry from 2001-2018.

The bill also states how the gaming revenue will potentially be divided up among public utilities. 5% of revenue will be allotted for schools, 5% for the state transportation fund, 55% for the city where the casino is located. The 55% also must be divided up among hiring of Police officers, downtown economic development programs, public safety, anti-gang programs, road maintenance and other programs that will help build a better quality of life for Michigan residents. These suggestions could change but they are set to be the basis for revenue dismemberment.

The bills still must pass the Senate and then get the governors approval. If passed Michigan would join the list of states looking to legalize online casino gambling for a source of revenue. Delaware, Nevada, New Jersey and Pennsylvania already have some form of online casino gambling in place, while other states New York, New Hampshire, West Virginia, Louisiana, Illinois, and Massachusetts are all considering putting legislation for online gambling on the ballot this year.

The Federal Wire Act currently blocks domestic sports betting online but now that the Professional and Amateur Sports Protection Act (PASPA) has been ruled unconstitutional and states can make their own sports betting laws it is likely that some states will try to pass online sports betting laws. It is a fetch to think that the Federal Wire Act could end up in the same boat as the PASPA act, but it looks like Michigan will try its luck. The Michigan state Senate is not expected to do anything with the legislation until after the summer break.