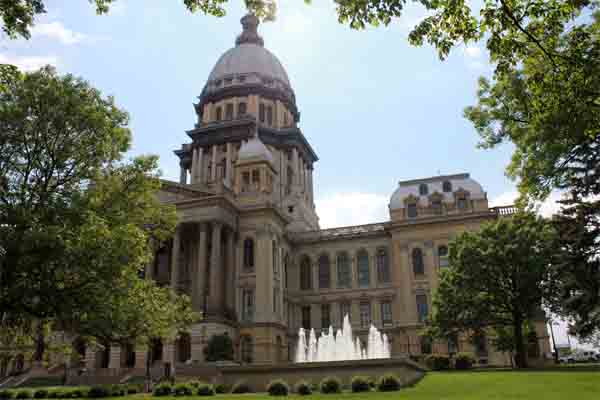 Illinois is hoping to join the sports betting legalization party. Unlike other states in the country, Illinois failed to get any legislation on the books before PASPA was repealed by the Supreme Court back in May. With their legislative session adjourned, it would take a special summer session to get anything done in time for the major sports seasons.

Just because Illinois didn’t pass any legislation doesn’t mean they didn’t try. There were reportedly 5 different versions of bills that featured sports betting in some regard, but no agreements could be made on any of them. Senator Napoleon Harris, a former NFL player, drafted a bill that included integrity fees for the different sports leagues. It goes without saying that this is the version the major sports leagues were hoping would go through. Another sports betting bill included stipulations for brick-and-mortar betting operations, another had provisions for mobile and online wagering and another specifically named racetracks and riverboat casinos. If the state could compile all these interests into a singular bill, perhaps they would be able to get something passed.

As frustrating as it is to say, integrity fees may be the best chance for getting a sports betting bill through. The sports leagues will support a bill with integrity fees included and while that shouldn’t be a factor in state legislation, it is here. There have been similar situations in other states like New York, which could provide a model for Illinois to look after.

It seems more likely that Illinois will not get sports betting off the ground until after their November elections. Governor Bruce Rauner has intimated he is not interested in hosting a special session, though it would be beneficial in getting framework established. The problem is that local politicians are focusing on their reelections rather than getting invested an issue as complex as legal sports betting. A more realistic case for Illinois is a bill in late 2018 or perhaps early 2019.

Illinois should be keen on introducing legal betting options given that Chicago is a potentially huge market for sports gambling. Chicago would be the first major city in the US to host betting options outside of Las Vegas. California and New York have yet to get their bills finalized, making Illinois an appealing hotbed for domestic sports gambling. Once the dust settles with elections in Illinois, we fully expect the state legislators to get their act together. They may choose to include integrity fees, but it seems that more and more states are denying the major sports leagues any sort of revenue off their own betting markets. Hopefully, Illinois repeats the pattern.