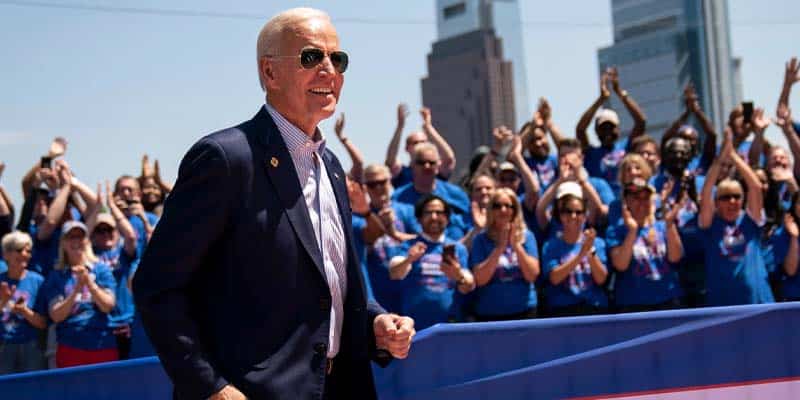 For the first time this election cycle, one presidential candidate has spoken out against the Department of Justice’s reversed opinion on the Federal Wire Act.

According to CDC Gaming Reports, the campaign for the 2020 Democratic presidential frontrunner said Biden “doesn’t support adding unnecessary restrictions to the gaming industry like the Trump Administration has done.”

The Justice Department’s Office of Legal Counsel began actively pursuing a reinterpretation of the Wire Act in late-2018 under then-Attorney General Jeff Sessions and ultimately issued its reversed opinion in January 2019.

In 2011, the DOJ under the Obama administration ruled that the Federal Wire Act, which was initially enacted in 1961, only applied to sports betting, and its restrictions should not prohibit states from regulating legalized online gambling.

Additionally, an iGaming bill package is currently under review by the Michigan governor, and she’s expected to sign the online gambling and sports betting legislation into law sometime before Christmas.

A federal district court in New Hampshire ruled against the DOJ’s reversed opinion earlier this year, stating that the law does not apply to all forms of interstate gambling, only sports betting.

Despite losing the case, the DOJ under the administration of President Donald Trump, the incumbent Republican who’s currently facing impeachment while up for reelection in 2020, said it will still enforce its new opinion at the start of next year.

Biden’s comments this week on the Wire Act aligns with his public statement at a campaign event in Nevada from earlier in the year.

“I would reverse the White House opinion that was then reversed and overruled by the court,” Biden said at a Las Vegas event in July, according to The Nevada Independent. “The court is correct. That should be the prevailing position.”

In the statement this week, Biden’s campaign also briefly commented on the bipartisan federal bill on legal U.S. sports betting being worked on by Senate Minority Leader Chuck Schumer and Sen. Mitt Romney.

Biden didn’t outright oppose the measure, but the campaign said he “believes states and federal authorities should cooperate to ensure that gambling is safe, fair, and corruption-free.”

Gambling issues of any kind have rarely been touched upon by any candidate running for president in 2020.

Apart from Biden, Entrepreneur Andrew Yang is the only other Democrat who’s been vocal about the need to legalize forms of gambling—specifically online poker—at the federal level since he believes the state-by-state laws do more harm than good.