Skip to content
Home » News » “Lock It In: Fox Bet Special” Airs In NY Despite No Access To App 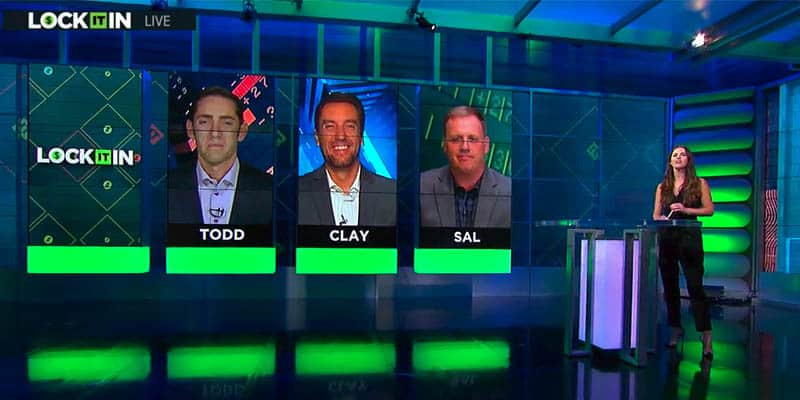 Over the weekend, Fox Sports placed an interesting bet on the future of sports television and online gambling in the United States.

And the sports network made their wager in a market that has yet to allow legalized sports betting via online and mobile apps.

Despite allowing only brick-and-mortar casinos to operate sportsbooks in New York, Fox Bet—the online and mobile sportsbook for the Fox brand—aired its new special regional edition of the Fox Sports 1 show, “Lock It In,” on a local NY television station.

“Lock It In: Fox Bet Special” debuted its pilot episode on Fox 5 New York and will air weekly each Saturday at noon ET.

However, the new Fox Bet-sponsored weekend edition of “Lock It In”—the regular daily show covers a variety of sports betting news and trends with a host and expert panel—airs in New York, where no one can legally bet real money on sports on their website or app platform.

The Fox Bet edition of the show also airs in Pittsburgh and Philadelphia—Pennslyvania has offered legal Internet-based sports betting since the Spring—but the decision to broadcast to NY bettors is an interesting choice, to say the least.

One reason may be to appeal to the sports bettors from New York who routinely visit New Jersey, which not has online and mobile apps but was the first state to have Fox Bet—formerly under the name “BetStars” until Fox bought the sports betting brand from The Stars Group.

New York City, Pittsburgh, and Philadelphia all have at least one team in each of the four major professional sports leagues—NFL, NBA, MLB, and NHL—while no city in the entire state of New Jersey has more than one pro team.

Both the Jets and Giants technically play home games at MetLife Stadium in East Rutherford but are based in New York.

The network has stated that the “Lock It In: Fox Bet Special” on the weekend is intended to appeal toward fan bases located specifically in the New York City, Pittsburgh, and Philadelphia markets.

On the flip side, the daily “Lock It In” show on the FS1 cable network will continue to serve a national audience.

Lastly, it’s entirely possible that Fox Bet is predicting New York lawmakers will legalize online and mobile apps during their 2020 legislative session, which gives the brand a leg up in the most prominent potential sports betting market in the US.

But for now, New York does not allow online sports betting, and until that happens, the Fox Bet app will have to wait for a return on investment.