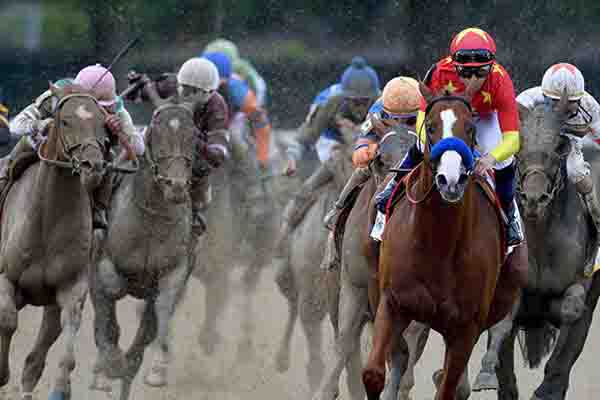 With a victory in the 150th running of the Belmont Stakes, Justify became the 13th horse in history to win the coveted Triple Crown. Winning the Triple Crown is a difficult feat based on numerous factors, making its capture something to behold. However, Justify’s historic victory has been overtaken by accusations of cheating.

Mike Repole, co-owner of Vino Rosso (finished in fourth place) and Noble Indy (last place) told the Daily Racing Form that he was “baffled” by Restoring Hope’s run. He assumed that Baffert would keep Restoring Hope away from the action knowing full well that all the attention would be on Justify. Instead, Repole and everyone else watched as Restoring Hope blistered up right behind Justify and pinned Vino Rosso against the guardrail. This kept the horse from being able to move past Justify. Repole stated that credit was due to Baffert and his team because their plan of using Resorting Hope to block for Justify worked perfectly.

As far as repercussions go, the New York Gaming Commission said they would likely not talk to Florent Geroux, Restoring Hope’s jockey. Geroux came to his own defense by saying that Restoring Hope took an awkward step and is hard to control since he is an aggressive horse. Restoring Hope’s owner was not happy with his horse’s race performance and said it seemed more like a quarter-mile race and not the mile-and-a-half Belmont Stakes. He said he has no idea what Geroux was doing and perhaps he will never know.

While it is not illegal or uncommon for stablemate horses to help each other, it throws an ugly shade on the competition. Still, there is no denying that Justify is a Triple Crown winner. His competitors may see the win as ugly, but a win is a win.

Oddsmakers pick horses to win based on their performances leading up to the race. Before the Kentucky Derby, Justify was expected to do well. After his strong performance, the horse was again amongst the top prospects to win at the Preakness Stakes. When a horse wins 2 out of 3 races in the Triple Crown, spectators begin rooting for that horse because they want to see history be made.

Oddsmakers at US friendly sportsbooks think of it a little differently, seeing as it is difficult for the same horse to win all 3 races. Justify entered the Belmont Stakes a fan favorite but not necessarily the favorite of seasoned bettors. After all, there are often fresh horses in the running during the last race and Justify was dealing with fatigue from training in between all the races. Perhaps Justify’s trainer and the owner simply wanted to ensure that they could beat the odds and give their horse the best chance of winning.