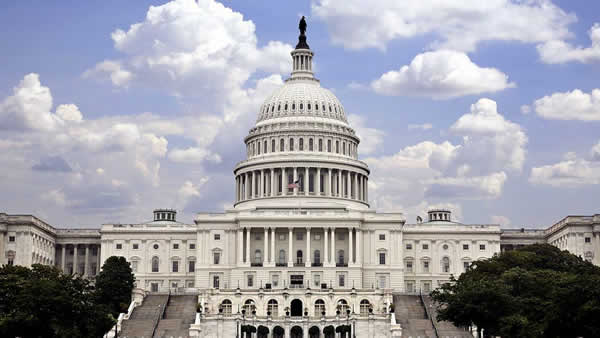 The Supreme Court is set to rule on the constitutionality of PASPA which is a federal law that limits the offers certain states can provide. If overturned, states can decide whether to pass legislation that would legalize sports wagering in their state. The potential profits to be made off legalizing sports gambling are gargantuan for at the moment an estimated annual amount of 150 billion dollars are being wagered illegally; legalization would effectively allow states to generate massive amount of tax revenue, create legal domestic avenues to bet which would obstruct illegal bookie operations, and keep US dollars from ending up at legal offshore online sportsbooks.

Some organizations have been demanding for repeals against PASPA for a long time. The American Gaming Association has made many public statements on their belief that any law against the legalization of sport betting just pushes operations further underground. Sports betting has only grown more prevalent since PASPA passed in 1992, meaning the illegal market has flourished since.

Considering recent events concerning the probable legalization of sports wagering, two pro sports leagues have made a 180. The NBA and MLB have gone from actively being the aggressor in the fight against expanded sports to now sticking out their hand to receive a cut of the revenue that would be generated. This change in attitude could be due to them fearing the overturning of PASPA which would grant states allowance to legalize, regulate, and tax sports wagering within their borders.

These leagues have pulled all the stops and are lobbying hard to get future sports betting laws the way they want. They began by offering states their input and professional sport recommendations which would include safeguards and necessary provisions. While aggressively lobbying at states, the NBA indicated their desire to eventually lobby to Congress to build a national bill, regardless of how the Supreme Court rules.

After weeks of their lobbying, Indiana agreed to insert league recommended provisions, including a ludicrous 1% Handle fee. The state proceeded to brag about how they were the sole state with input from professional sports leagues, other states that managed to see through the leagues ploy quickly decided to instead put their foot down. West Virginia became the hotbed of controversy, receiving heat from leagues after presenting a bill without the leagues’ recommended provisions, specifically their insane integrity fee. The MLB and NBA have utilized a lot of man-power and legal counseling in order to put together a beautiful lie, they claimed the fee would assist in monitoring games for discrepancies and protect consumers.

However, many pointed out during an earlier Senate hearing in New York that the leagues already have a system in place for that issue and that the leagues remain profitable outside of their 1% cut due to potentially massive increases in sponsorships and advertising opportunities. West Virginia listened closely to this input and went on with crafting their sports betting legislation while ignoring the demands and tantrums of the NBA and MLB. After catching wind of West Virginia’s refusal to play ball, Indiana took a moment to reflect. It was clear to see that pro sports leagues took advantage of the small mid-western state and implemented their own agenda. Indiana then retaliated and held off discussing the bill this year by not meeting its hearing deadline.

The MLB and NBA have not stopped there as Iowa and Illinois have also begun crafting bills without the leagues integrity fee and therefore the leagues must begin planning their line of attack. In Iowa both Major League Baseball and the National Basketball Association have declared themselves against Iowa’s HSB 592. This declaration by the leagues sets the tone for other states: if you don’t play ball we’ll lobby against any sports betting bill you produce, if you include us in the cut we’ll use our resources to help you all the way.

However, some states aren’t fearful of the leagues. Michigan Senator Kosowski for instance intends to tax and regulate sports betting rather than allowing it to continue illegally. Not only does this attitude seem more concerning for the welfare of the people but also the economic progress of the state. This shift in attitude toward gambling is similar to states reaction during the mid-1900s that lead to the legalization of land-based casinos and eventually online gaming.

We are not going to lie sports betting is a multi-billion-dollar industry and market in the US alone. Current operators, or market players, are illegal bookies and US friendly offshore gambling sites. Cash-strapped states looking for new revenue streams see the legal sports betting market as lucrative tax revenue. However, imposed integrity fees by leagues cut into the profitability of legal sports betting which makes legalization nonprofitable for states. The cost for doing business for operators under imposed integrity fees translates into higher fees and costs for US customers. The point of sports wagering legalization is to compete with offshore online gaming sites and illegal bookies, keeping costs down is what will help switch domestic players back to wagering on domestic markets. Raising costs for bettors will just send them back to alternative betting routes. Hopefully, more and more states notice the greed behind such fees and collectively drown out the complaints of leagues like the MLB and NBA.