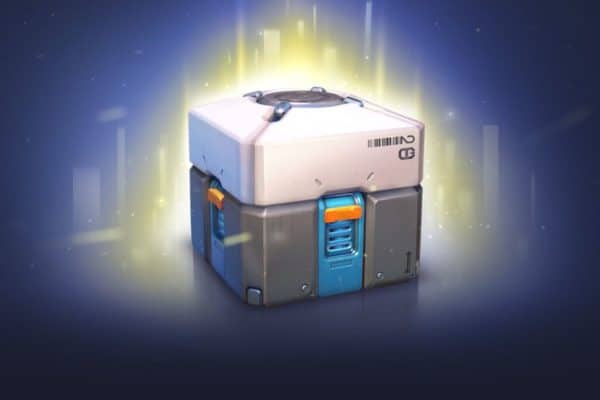 Loot boxes are randomized rewards given to players in video games and online casinos. In late March 2018, the US Court of Appeals reversed a Washington state decision that had previously determined that loot boxes were not designated as having monetary value. Now, Washington law must acknowledge that loot boxes, such as the ones seen at Big Fish Casino, are virtual objects that carry value. The decision that was handed down by the courts now brings the legality of loot boxes into question in the state of Washington due to their prohibition on Internet gambling.  Consequently, players are left wondering if they are breaking any laws when they open a loot box.

Several states have recently decided that loot boxes are a form of gambling. Hawaii and now Washington is among the two leading states in which a court decision has determined that online loot boxes are indeed a form of gambling. Gambling is often characterized by the following three factors; a game of chance, stake, and prize. While loot boxes do possess these features, it is unlikely that they will fall under any existing US gambling law since there are already several US court decisions. The four precedent cases involving loot boxes are Kater vs. Churchill Downs Inc., Soto vs. Sky Union LLC, Mason vs. Machine Zone Inc., and Phillips vs. Double Down Interactive LLC.

One of the primary factors that kept loot boxes out of the hot seat in the precedent cases is the fact that those loot boxes did not contain a monetary value. With most games, loot boxes are basically a throw of the dice to see what prize you will receive. Often times loot boxes contain prizes such as equipment upgrades, special features previously not accessible or points that can be used for certain functions. With the precedent cases, one of the most important factors that prevented the cases from being deemed as illegal is that the prizes had no real monetary value associated with them.

Kater vs. Churchill Downs Inc – A Washington state judge decided that online poker chips could not be bought, just awarded and that even if there is a secondary market for selling the chips that do not fall under the responsibility of the operator. Since poker chips could not be bought from the site, it was decided that they had no monetary value.

Things Of Value for Loot boxes

Things of value are really what the above-mentioned cases are centered around. Since the loot boxes in the 4 cases that went to trial did not offer monetary value, they were seen as a legal gaming reward. If a loot box was to offer a virtual currency that could be exchanged for real money, then the judge might see things differently. While gamers are quick to say that loot boxes offer them things of value, non-gamers don’t see it that way. If the prize is not money, most poker and casino gamers do not care.

Are Loot Boxes A Form Of Online Gambling?

Technically as of now, no, but that could change soon. Loot boxes were born in video games and have quickly found homes in additional types of applications. Online casinos are now using the technology to reward their players. While the prizes are generated randomly and cannot be purchased, loot boxes are for now seen as a gameplay feature and do not break any USA gambling laws. It will only take a court ruling or two to change the classifications of loot boxes into a form of legitimate gambling that needs to be regulated in the United States of America.

Future of Loot Boxes In The USA

Its hard to say what loot boxes might become, but they are here to stay for the unforeseeable future. USA online casinos have recently started using loot boxes in some of their applications, but since these destinations are licensed and regulated as gambling entities, the classification of loot boxes is not terribly relevant to them. What everyone seems to be stressing out about is the fact that loot boxes are popping up in video games and being marketed basically to younger Americans via gaming consoles and PCs. To those gamers, the loot boxes do contain value and that is where the argument for illegal gambling comes into play. It also stems from upset gamers that feel like they are given an unfair advantage by having to obtain items from loot boxes.