Skip to content
Home » News » Nevada Casinos Must Choose: Will They Be Netflix Or Blockbuster? 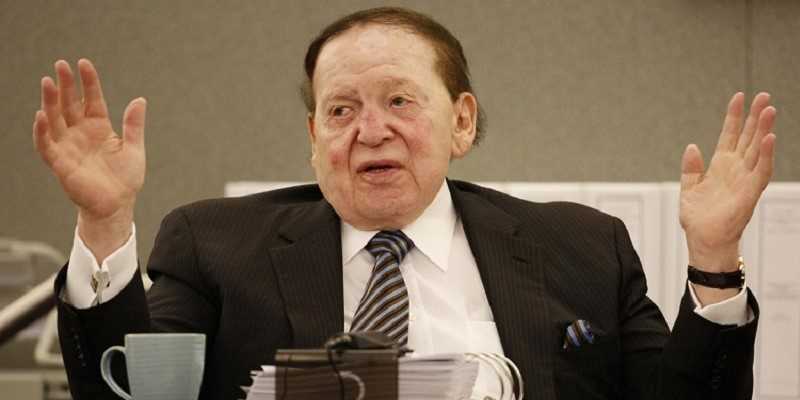 The future of domestic casino gaming is online, which is clear to anyone even cursorily involved with the US gambling industry.

This has been especially highlighted during the 2020 coronavirus outbreak in the United States.

During the months-long lockdowns – and even now with limited-capacity reopenings – states with physical brick-and-mortar gambling venues have been feeling the pinch.

Only it’s been less of a pinch and more of a UFC-style rear naked choke.

And no state has felt its lifeblood cut off by the pandemic more than Nevada.

Several longstanding Las Vegas casinos have closed permanently, while tens of thousands of casino workers – and hundreds of thousands of down-market hospitality vendors and employees – have been furloughed at best and laid off at worst.

In Vegas, many casinos are reporting year-over-year revenue losses of over 90 percent. Even their online sportsbooks and poker rooms haven’t been able to save them from the effects of shuttered slots and table games.

These games are where casinos make their money, after all.

Of course, part of this is Nevada’s fault.

In other states like New Jersey and Pennsylvania, casinos – and their employees – have fared far better, reporting substantial losses in the 30-40% range, but nothing like some of the Vegas venues that saw revenues crater by up to 97%.

And the reason why is online gambling.

It really is that simple.

Now, Nevada is not just about gambling revenue. Las Vegas, the world center for gambling (at least in terms of mindshare if not revenue, which belongs firmly to Macau), is a major tourist destination, and brick-and-mortar casinos are the entire region’s hospitality anchor.

Gambling makes the state plenty of money, but the attractions, lodgings, restaurants, and concerts that come with that gambling make the state even more.

Thus, Nevada – with the deep-pocketed advocacy of casino magnate Sheldon Adelson – has punted on the idea of online gambling since it first broached the concept in 2002.

The calculus is that the activity would decimate the ancillary markets that casinos provide to the state. And there is some merit to that.

Or at least, there was.

Post-COVID, however, a consensus has emerged, and it’s going the other direction.

According to the American Gaming Association, the flu-like virus has shown the folly of casinos omitting online gaming from their repertoires.

According to the AGA, for Q2 2020 – when most retail venues were closed or operating at extremely limited capacity – nationwide revenues were down 79% year-over-year. Every single gambling market was down double digits compared to Q2 2019, except one.

We don’t have to tell you what that “one” is.

Per John Pappas of the iDevelopment and Economic Association (iDEA Growth, Washington DC), it’s obvious what the Silver State needs to do if it wishes to keep lining its pockets with gold:

“From our organization’s perspective, Nevada is missing out. We recognize that change in Nevada has to be spearheaded by the brick and mortar casinos, [but there] can be a tremendous amount of benefit.”

Chris Grove of Eilers and Krejcik Gaming Research believes that it’s beyond time for lawmakers in Nevada to have a “healthy debate” about Internet gambling given the comparative success of NJ and PA during the coronavirus lockdowns.

“It’s evident to us that the introduction of online casino[s] would have an additive impact on the total amount of gambling revenue generated by the Nevada local market.”

At this point, a guy breaking quarantine to throw dice behind the 7-Eleven could make more revenue than the billion-dollar white elephants lining the Vegas Strip.

We told you so.

Legal online gambling has already been chipping away at the US customer base for over two decades, and the best online betting sites remain the offshore operators that were the first to catch on back in the late 1990s and early 2000s.

Look, legal online gambling in the United States is happening. The cat’s out of the bag, and while just a handful of states have legalized the pastime within their borders to date, it’s only a matter of time before the majority go all in.

Las Vegas can be Amazon or it can be Sears Roebuck. Sin City can be Netflix or it can be Blockbuster. The choice, of course, is up to state legislators and whether or not they want the jewel of the desert to keep shining brightly.

Yes, online gambling – once it’s legalized in NV – will reduce visits to the brick-and-mortar casinos that have made the state famous.

But it won’t reduce the clientele by nearly as much as a hyped seasonal virus has – one, it should be noted, that isn’t going away any time soon.

And if Nevada legislators are reading, listen up!

Online gambling will only be available to locals – that is, people physically inside the state.

The smaller casinos south of the Vegas Strip would be most impacted, but even then, regulars will always be regulars thanks to the social element that retail gambling provides.

Those who choose to play online are those who would – more often than not – choose to stay home and do something else if going out to a retail venue is their only option.

Additionally, casino brands are adept at most of the other things that make physical gambling so compelling: the bright lights, the comped drinks, the fancy restaurants, the accommodations, the concerts, the comedy shows, etc. etc. etc.

Would it be such a bad thing to double down on all of that?

Of course, that’s not for us to decide. We already know how to legally gamble online, and you probably do, too.

So while Nevada gets its act together, as long as you have an Internet connection, a computer or smartphone, and a membership at a reputable, licensed, international casino site, online sportsbook, and/or poker room, you too can wait out the lawmakers without missing a beat.

Or missing a bet.