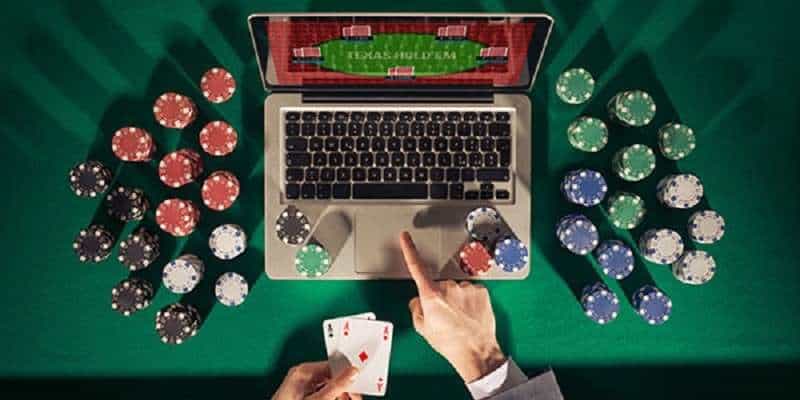 And if you aren’t, you’re probably strongly considering it.

That, of course, is thanks to the widespread card room and casino shutdowns brought on by they 2020 coronavirus outbreak in America, which took away most poker players’ legitimate land-based gaming avenues.

Thus, players have been turning to online poker rooms to turn over their cards and rake in the virtual chips.

To hear the Observer tell it, online poker is becoming the new standard, though the popular cultural magazine plays up only the few domestic options available, which leaves most Americans out of the mix.

*Have not yet launched

Additionally, by established tradition and US gambling law, you’ve got to live in (or physically be within the borders of) one of those states to actually play legal poker through a domestic online operator.

That covers only about 20 million US adults, leaving the other 230 million adults in America up a creek with no river card.

But don’t fall for that bluff.

Fortunately, while the Observer’s observations are obviously legitimate, they’re shortsighted, telling only a small part of the story.

In reality, the dramatic majority of US poker players have made the transition to online play, but they have done so utilizing international poker rooms at online casinos operating overseas.

These venues are safe and legal for most US residents to use (only WA and CT have laws barring online gambling, and those aren’t even enforced), and membership at legal USA poker sites like Bovada, Ignition, and BetOnline have been surging in recent months.

These sites offer quite a lot in the way of poker action.

In fact, they offer quite a lot more than their domestic rivals, hosting dozens of random number generation (RNG) video poker titles of all variations along with live poker rooms where you can play against other site members in real time.

For the latter, you’ll be able to play each of the above games at cash tables, Sit ‘N’ Go mini-tournaments, and massive poker tournaments with hundreds or even thousands of players.

Whether you want to play for minutes, hours, or days, you can. And the payoffs can be absolutely massive, with the biggest events often earning six- or seven-figure payouts for the final tables’ winners.

There is one caveat, however.

When you play offshore, you will not get access to any World Series of Poker qualifiers. These are limited to online poker rooms operating in a domestic capacity, usually in the states of DE, NJ, and NV.

Still, if you train enough at these overseas poker venues, you can win enough to buy your way into a WSOP tournament here in the States, which is just as good.

Of course, there are other benefits than just legal online poker when you use an international casino.

Most of these sites are true all-in-one gambling destinations, allowing you to play hundreds of virtual casino table games, dozens of live dealer games (i.e. blackjack, roulette, and baccarat), and even letting you bet on sports and horse racing.

Nevertheless, no matter how you play, the upshot is the same: Due to COVID-19, more players than ever – many of them brick-and-mortar traditionalists who eschewed the very concept of US online gambling for years – have now switched over.

And it’s going to be very difficult to get them to switch back.

Wall Street knows this, and sooner or later, they’re going to make sure every state legislator knows it, too.