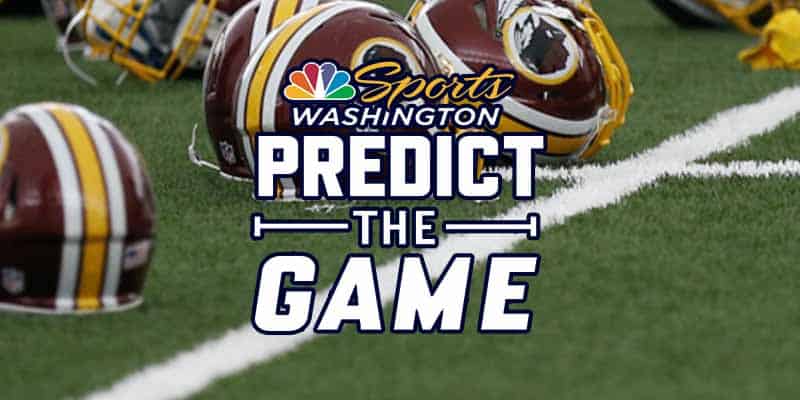 Redskins fans can now bet on their teams preseason games without risking a dollar thanks to the “Predict the game” broadcast app.

The betting application will soon be launched by NBC Sports Washington and will allow viewers to win prizes and cash for answering the questions correctly. This offer is rumored to prepare for a real-time online betting app coming in the future and to draw up some viewership for the preseason broadcast.

The app will allow users to answer a series of questions and predict play-by-play outcomes. There will also be questions related to individual player performances.

The app will award $1,000 each quarter to the player with the highest amount of points. Other prizes for top finishers will include team merchandise and game tickets. There will be no sign-up cost, and players will be allowed to sign-up on a variety of devices including their television, phone, or computer.

Washington sports fans might remember a similar betting experience that was hosted by the NBA’s Washington Wizards this past season. Viewers were allowed to tune into an alternative channel or stream to select choices for live prop bets.

Predict the game was initially a huge success for the broadcast station and gained the network national recognition for the in-game betting experience they provided their viewers. The network told the press that roughly 20% of their viewership tuned into the alternate stations and that viewer retention was higher than expected. Some media outlets have gone as far as saying that broadcast betting apps might be the future of online sports betting.

Washington DC passed domestic sports betting laws in 2018 despite not having any casinos or betting establishments. Sportsbooks have not launched in the nation’s capital as lawmakers said they were looking to launch around the start of the NFL season. Domestic online sports betting is also expected to launch at a later date as the bill passed with no restrictions.

For now, fans will have to tune in and try to score some free cash and prizes as DC prepares for the big sports betting launch. To get in on the action tune in to NBC Sports Washington Plus.