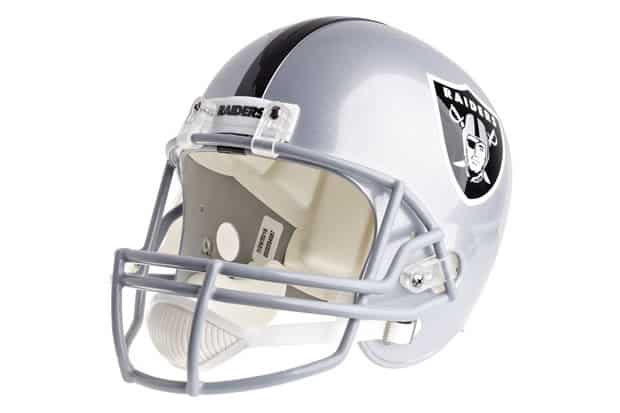 Las Vegas is about to enter the NFL fold through the former Oakland Raiders. The league’s team owners gathered and voted 31-1 in favor of allowing the franchise to relocate from Oakland to Las Vegas. While the team isn’t expected to complete the move for another two seasons, the Las Vegas Raiders are set to begin playing in brand new stadium come 2020.

Why is this interesting? Despite the fact that Las Vegas will be getting its first NFL franchise, thus expanding the market, this team will be at the heart of the American gambling landscape. Nevada is the only state in the country that has a full range of legal, state regulated sports betting—they are one of four states exempted from the Professional and Amateur Sports Protection Act (PASPA), a law that bans US based sports betting at brick and mortar sportsbooks. Montana, Oregon and Delaware are also exempted, but do not allow sportsbooks at which to place bets.

The NFL has never been in full support of sports betting, but the league can’t enforce or regulate sports betting as the state handles that. The NHL is the first major professional sports franchise to bring a team to Las Vegas, and with the Raiders following suit, many believe a legal regulated sports betting industry could develop nationwide. Other leagues have expressed interest in bringing franchises there, but nothing has come to fruition as of yet.

The losers in this situation are Oakland residents, who have cemented themselves as one of (if not the most) loyal and passionate fan bases in the league. They’ll get to see the Raiders play in Oakland for two more years as the team waits for their new stadium to be built, but it will be bittersweet knowing that their hometown heroes are about to become someone else’s. Speaking of their new stadium, which is supposed to be a state-of-the-art $2 billion facility, it is going to be mostly funded through public coffers, as the state is footing most of the bill. Bank of America is also contributing with a significant loan and the league is putting up the rest.

The logic behind the move is hard to deny, as the publicity from bringing a franchise to Las Vegas is enough to excite locals and fans from around the world. The money is also a significant factor, not only with the sports betting market, but also with the added tourism revenue in a city where tourism already contributes so much. The Raiders’ organization have already got the ball rolling by offering a small deposit on season tickets.

For sports betting fans, the Nevada sportsbooks will provide several wagering options. Some of these options include point spread bets, money line bets, prop bets, future bets and more. Las Vegas Raiders betting lines will be added to the already long list of NFL betting lines. Any diehard Raiders fans in the Golden State who will continue to support them can bet on them through legal offshore sportsbooks that accept USA residents.

The Oakland Raiders will try to build on last season’s success and make another run at the postseason. It could make for a nice ending for the loyal Oakland Raiders fans before the franchise completes its move. Only time will tell if the NFL’s Las Vegas initiative is successful, but if so it could pave the way for more sports teams and even a legal sports betting industry.