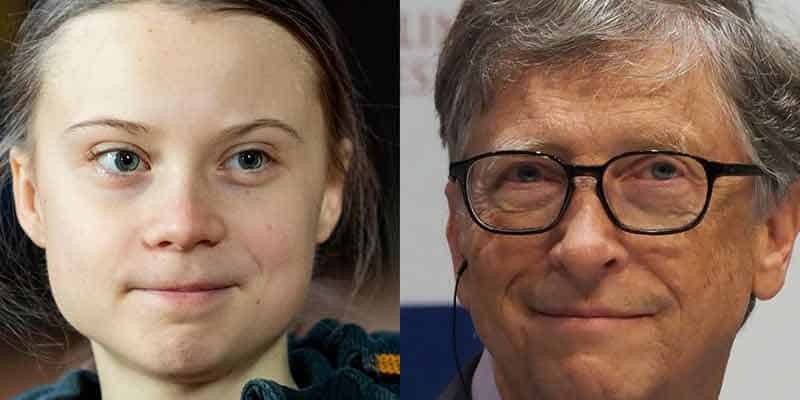 Bill Gates, one of the most recent divorcees and successful bachelors in Silicon Valley, now has multiple odds placed on both his romantic and professional endeavors. Somehow, the two overlap.

With anticipation across multiple United States online sportsbooks for a reference to the billionaire during the upcoming Ghislaine Maxwell trial, the sentiment seems to be trickling down towards the betting lines for Gates’ next romantic partner.

Greta Thunberg, an 18-year-old student and climate activist, seems to be one of the most likely contestants for Gates’ imminent rebound. While the implied odds on this one sit just below a 4% margin, the actual chances of Greta Thunberg accepting a date from Bill Gates seem to be exponentially lower.

All in all, it’s pretty appalling; especially when considering the 47-year age gap between the two. However, her ranking on the list of eligible suitors may reflect movement in the betting lines for the Maxwell trial.

For those who aren’t aware, Bill Gates is one of several powerful individuals whose name was cited in relation to Jeffrey Epstein and his child-trafficking fiasco. Despite having been able to get away with several affairs in the past, Gates’ name is now tied to the case of a registered pedophile.

Although Epstein committed suicide prior to his trial, the court’s acquisition of Ghislaine Maxwell (Epstein’s romantic partner) means that the case will go forward and those involved will be prosecuted.

For this reason, the people have been itching to find out whose names will be dropped during this monumental lawsuit. Furthermore, it is for this reason that such a topic has made its way to US mobile sports betting lines.

That being said, even though the odds on Greta and Bill getting together are highly unlikely, Thunberg’s presence on the betting lines may be a signal to keep an eye and a dollar on the Maxwell case. As it stands, $10 on Bill has a potential payout of $150. Quite frankly, it would be nice to enjoy a fine dinner at the downfall of this Bill-ionaire.

Can I Really Bet On Bill Gates?

As ridiculous as it may sound, yes. It is absolutely legal and common to place bets on events in politics and entertainment. While sportsbooks are traditionally for placing sports bets, there are all kinds of events to watch and wager on.

Of course, whether the legal online sports betting is state-based or offshore depends on your region.

Who will Bill Gates date next?

Who will be mentioned in Ghislaine Maxwell trial?