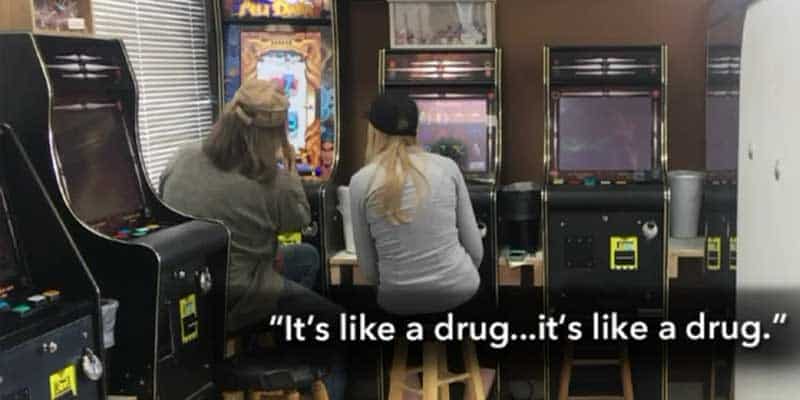 “It’s a cancer that needs to be out of the state of Utah.”

“If they want this kind of practice, it needs to be elsewhere because it’s bringing down all our communities, and bringing drug use, more violence, all those kinds of things,” Mayne said, according to The Salt Lake Tribune. “These are slot machines that are in mini-marts, laundromats, beauty salons, and they’re more aggressive every single day.”

According to Utah gambling laws, “fringe gambling” is defined as “any gambling, lottery, fringe gaming device, or video gaming device that is given, conducted, or offered for use or sale by a business in exchange for anything of value or incident to the purchase of another good or service.”

Mayne claims Beehive State businesses are infected with machines hiding under the guise of a “video game” when instead, the devices are miniaturized online casino gambling games.

Not only are the “fringe gambling” machines unlicensed and unregulated, but Maybe added the illegal gambling locations had become a gateway drug to even worse behavior.

Attorney Gary Crane provided examples of the negative impact the machines are having on the community, where investigations found a Cybercafe and two other businesses funneling money across the border.

“We found out through subsequent investigation that they were funneling almost $200,000 across the Canadian border from just these three institutions every single month, which was a lot of money,” said Crane.

The attorney said they’ve also discovered a student spent nearly $20,000 on his parent’s credit card so he could continue gambling on the machines, which were located right next to the high school.

“There really is nothing legitimate about these businesses,” Crane said. “They’re there for one purpose and that is to take money from those individuals who can least afford it.”

Utah online gambling is prohibited under the state constitution, and residents likely won’t see their elected officials budge on the issue anytime soon.

“The individuals and companies who are proliferating these machines all around Utah are doing so with no oversight, and no regard for the impact it has on the communities where they’re placing these machines,” said James Russell, a Utah Attorney General investigator.

However, legal online gambling is allowed in Utah as long as the provider is not physically located within the jurisdiction.

Mayne’s bill does not change the current law but instead defines exactly which type of machines are legal and which are fringe gambling. Her proposal also raises criminal penalties and allows victims to seek double damages from owners who have and continue to offer fringe gambling machines to the public.