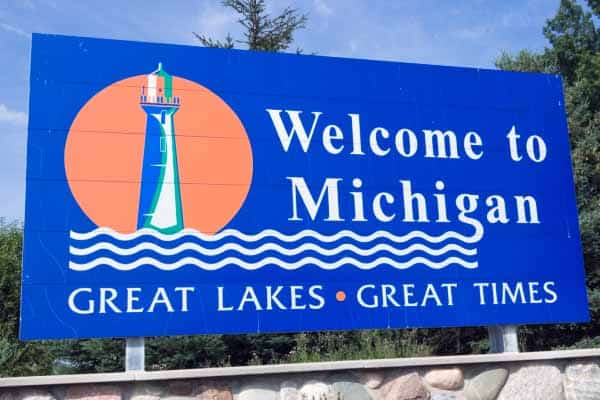 The state’s outgoing Republican Governor Rick Snyder just vetoed two strongly bi-partisan supported gambling bills. These measures were passed through the House last June 68-40, Representative Brandt Iden proposed an emergency amendment to the bill in December which was approved by the Senate 33-5 and revoted on by the House gaining approval at 71-38. These bills could have greatly improved tax revenue and expanded gambling options as Michigan is ripe for online gambling, therefore, the veto came as a surprise to many industry experts.

The bills were just a few key legislations affected by Snyder’s last-minute veto days before Christmas. Gambling bills HB4926 and HB 4927, and HB 4928 essentially met the needs of both commercial and tribal casino operations to allow both to independently launch intrastate online gambling offers. If these bills were passed instead of vetoed, then Michigan could become the fifth US state to offer state-licensed domestic online gambling.

Many have criticized Snyder over his decision including a veto which would block future attempts to force the disclosure of donors to nonprofits and political groups. In fact, some speculate the move was made in favor of the notorious Sheldon Adelson as his Coalition to Stop Internet Gambling reportedly lobbied for Snyder’s veto on the online gambling bills.

Seeing as how Adelson, his businesses, and his wife are typically top donation contributors for any Republican candidates and the Republican party, at least over the last two cycles including Trump’s presidency, Snyder may have bent to their will and appeased the donors with a veto.

Now-former Governor of Michigan Rick Snyder put out a letter addressing his decisions to veto key bills in the state saying, he appreciated the work and consensus gained among operators for the bill but claimed government agencies “simply don’t have the data to support this change at this time” and did not want to shift local dollars away “from the state’s iLottery program to internet-based gambling at casinos”. Snyder points out that due to the inception of the Michigan iLottery in November of 2014, this gambling form has significantly contributed to the state’s School Aid Fund which in 2017 received $924 million.

However, Michigan Rep. Iden believes the veto is a “ploy to monopolize money coming into the [state] lottery,” and continues by addressing Snyder’s letter, “If your problem is a concern for the lottery, you’re never going to be comfortable with an iGaming bill because it impedes on the state’s monopoly on the lottery…That’s not a free-market approach”.

The Representative plans on reintroducing a new bill by the end of January and continuing to work toward legalized sports gambling in the state. Upon reintroduction, the committee will have to meet once more, and both state Senate and House will need to vote on the reintroduced bills before any are brought before the incoming Democratic Governor’s Desk. The next legislative session will begin January 9th, and new Governorship leader Gretchen Whitmer will take office January 1st, upon Snyder’s surrender.

The new leadership has shown strong support for sports gambling but has yet to express interest in iGaming, however, Rep. Iden plans to test this out will new legislation. Many fresh-faced lawmakers will also be learning the ropes January 9th and familiarizing themselves with iGaming regulation via Rep. Iden’s introduced legislation.