Skip to content
Home » News » DraftKings Loses First of Many Florida Gambling Battles, Why & What’s Next 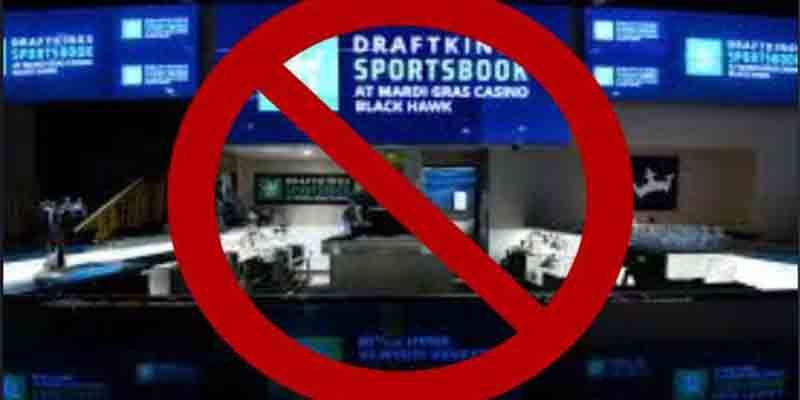 The two sportsbooks had previously collaborated to fund a ballot initiative that would override the restrictions of Florida’s Seminole Gaming Compact. The compact gave Florida’s Seminole Tribe exclusive rights to host both in-person and legal online sports betting.

In Florida, constitutional amendments can be submitted and made law by the populace. If an initiative receives enough signatures to qualify for the ballot, voters in the upcoming election decide its fate.

The deadline for signature verification in Florida is February 1st but DraftKings and FanDuel have already conceded on the matter. After more than six months of expensive campaign efforts, the commercial betting proposition hadn’t gotten enough support to take off.

Ballot initiatives in the Sunshine State require 8% of the active voter population to sign the petition. This year all proposals needed at least 891,589 verified signatures to land a spot on the 2022 ballot.

What Hindered The Support

Today, the initiative had only pulled 472,927 verified signatures. With only three days left before the deadline, it would be impossible to collect and verify more than 400,000 signatures.

Although their efforts were unsuccessful, they were fiery and set a precedent for future real-estate battles in places like Texas and California.

Marketing of Florida’s commercial betting initiative was loud, to say the least. Florida Education Champions, a PAC formed to mobilize support for the measure, seemed to have covered every possible base.

For several months, residents were bombarded with TV advertisements, mailers, and grassroots forces. They appeared everywhere from college campuses to suburban neighborhoods.

After little success with traditional campaign strategies, DraftKings took to its last ditch effort. In December of 2021, the sportsbook offered $100 in free plays to Florida customers under the condition that the measure was passed.

However, this attempt to sweeten the deal backfired immensely when users on Reddit and Twitter accused the company of bribing residents for signatures. While the offer did not amount to bribery, many were already left with a foul image of the brand.

Still, the blatant disapproval from residents comes as a surprise. For three weeks in November, Florida bettors had full access to the Seminole’s Hard Rock mobile sportsbook.

When U.S. District Judge Dabney Friedrich overturned the Seminole Gaming Compact, most were left with the impression that sports betting was gone for the foreseeable future. Even with an appeal, there is no guarantee that the Seminole Tribe will regain its betting privileges.

Could it be the state’s allegiance to the Seminoles or an overall hesitance to bring more legal online gambling into the state? It’s probably a bit of both. But it’s also possible to consider that most Floridians are comfortable with betting offshore and have no real justification to leave.

Domestic betting may not come to Florida for a while. But that doesn’t eliminate alternative options and you shouldn’t either.