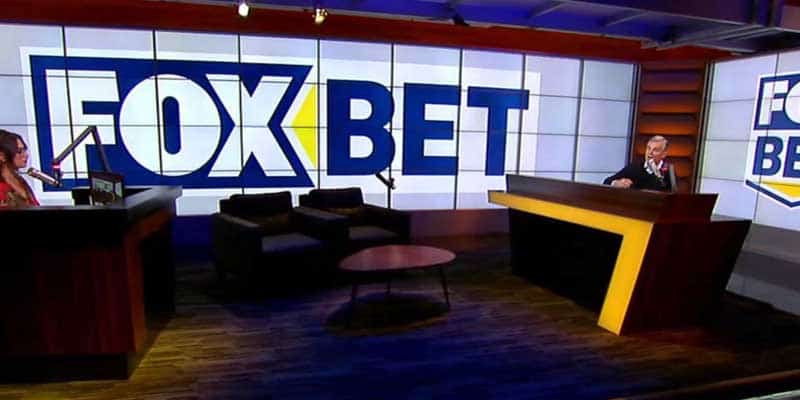 A major media network has officially pushed its chips forward and gone all-in on the future of gambling in the United States.

The Rupert Murdoch-owned Fox Corporation launched the Fox Bet app in New Jersey on Monday, becoming the first media company to dip its toe into the regulated US gambling market.

Fox Bet, which has been rebranded from the BetStars app, will be powered The Stars Group—a Canadian gaming provider that Fox invested $236 million into in exchange for a 4.99% stake back in May—and will offer NJ bettors a way to legally bet on sports from their computer or from their Apple iOS or Android mobile device from within state lines.

In addition to sports betting, the Fox Bet app will also let players located in New Jersey play online poker. The Fox-operated platform is expected to go live in Pennsylvania either this week or next week, but online poker will not be available to PA players at launch.

States that currently offer legal online and mobile sports betting are expected to be next to launch targets for the Fox Bet app. Fans of the NFL and other major sports will be allowed to play in free pick’em contests throughout the season, but the sportsbook portion of the app will be off-limits.

A major media network getting in on the action is a first on US soil, but has been implemented successfully in the international market in the past.

Media and entertainment companies have taken a shy approach to potentially being labeled as “gambling” companies. Since the repeal of PASPA in 2018, the rise of sports betting has attracted the interest of companies that own sports network as more and more states continue to push for legalization in order to generate more tax revenue for their annual budgets.

The Walt Disney Company, which owns ABC and ESPN—the self-proclaimed worldwide leader in sports—is on the record stating that it does not express any interest in offering a sportsbook for the US market at this time.

Disney not jumping in headfirst is likely due to not wanting their public perception of a “family-friendly” company being muddled as a sponsor, or one that even offers, gambling—a pastime typically legally reserved for adults ages 18 or 21 and older.

Nevertheless, that hasn’t stopped Mickey Mouse from making ESPN sign an exclusive deal with Caesar’s Entertainment earlier this year to be to sports giants sole provider of betting lines and odds for all sporting events.

Nor has it stopped Disney from launching Daily Wager, a show—which has recently been moved from ESPNEWS to ESPN2—that specifically caters to providing betting insights and information to sports fans. ESPN will also debut a new studio in Las Vegas sometime in 2020.

But while Disney and other media companies, like CBS or NBC—the latter of which has recently flirted with the idea of offering sports betting—take the safe approach, Fox is pushing ahead and hopes its risky move pays off.

And with Fox Sports under its umbrella, which is one of the major sports networks that’s contracted to broadcast live NFL and college football games, it’d be difficult to see them not wanting to use their reach to push their new betting platform whether it be from self-made advertisements or self-sponsored segments.

After all, estimates indicate that the newly legalized sports betting market in the US could generate as much as $9 billion in revenue in the next few years when the majority of states hop on the sportsbook gravy train.

With that kind of cash up for grabs, it’s only a matter of time before some of the biggest players in sports media entertainment grab a ladle.

The NFL betting season may begin tomorrow night, but the battle over who will be sports gambling’s supreme ruler has just begun.