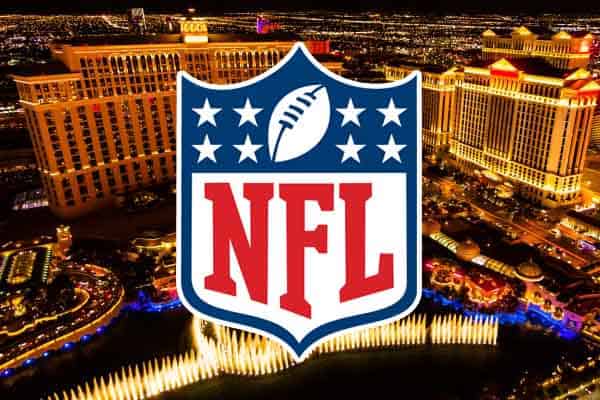 Once the 2019 NFL playoffs start, you’ll likely see a certain casino appear in various places on the broadcast.

On Thursday, January 3, 2019, the National Football League officially announced a partnership with Caesars Entertainment, becoming the first-ever “Official Casino Sponsor of the NFL.”

According to the press release on NFL.com, Caesars will provide “unique experiences for NFL fans by using its casino properties, celebrity chefs, premier music artists, and a wide range of entertainment elements.”

In addition, the press release stated that the casino gambling giant will have “exclusive right to use NFL trademarks in the United States and the United Kingdom to promote Caesars casino properties and activate at key NFL events including the Super Bowl and NFL Draft.”

However, the partnership – along with the deals Caesars previously made with the Falcons, Ravens, Bears, Colts, Saints, Raiders, and Eagles – are to be used for the “Casino category only and does not include domestic sports betting, online sports betting, daily fantasy sports or hotels/resorts.”

While the deal is exclusive to Caesars, they will not be permitted to use any NFL trademarks, logos, or images at any sportsbook.

The sponsorship is said to be a three-year deal worth $30 million and does not include anything relating to sports betting, legal online sports betting, or league data – a contrast to the NBA, NHL, and MLB partnerships with MGM Resorts International in 2018.

Caesars will be allowed to promote at the 2020 NFL Draft, which will be held in Las Vegas, Nevada next year.

“We couldn’t be more excited to work with one of the world’s largest gaming and entertainment companies,” Renie Anderson, Senior Vice President, NFL Partnerships, Sponsorship and Consumer Products said in the press release.

“Combining the NFL with Caesars’ expertise in world class entertainment will provide our fans unique experiences both here in the United States and abroad.”

“Combining the league’s 180 million fans with our 55 million Total Rewards loyalty program members will expose millions of people to the exclusive and exciting year-round opportunities at our properties.”