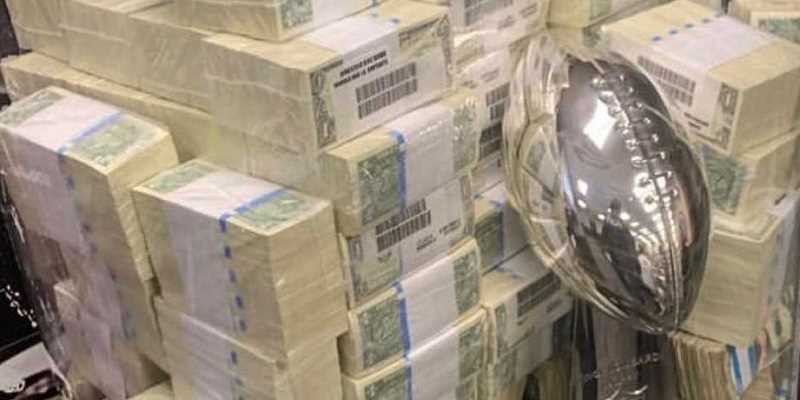 Last week, before Super Bowl 55, we published a little primer on the game.

In that article, we said that the 2021 Super Bowl between Tom Brady’s Tampa Bay Buccaneers and the defending champion Kansas City Chiefs with superstar QB Patrick Mahomes under center could turn the biggest handle of any US sporting event ever.

This, of course, defied the expectations put forth by the American Gaming Association (AGA).

Every year, the AGA releases an estimate of how many Americans will wager on the NFL title game, as well as how much money will be risked in toto.

This estimate doesn’t just account for domestic sportsbooks, either.

Instead, the AGA factors in the betting handle turned at the best US online gambling sites that operate internationally.

And that’s no easy matter.

Most of these overseas venues do not report handle, hold, or anything else when it comes to their gambling financials.

But using the law of averages – and the fact that these legal USA online sportsbooks do often promote various numbers associated with certain events – the AGA is able to get fairly close in its measurements.

At least, after the fact.

Before the fact, however, is a different story.

In the runup to Super Bowl LV – despite the many compelling storylines surrounding the big game – the AGA figured that bettors would spend considerably less than they did last year.

Prior to Super Bowl LIV (i.e. the 2020 Super Bowl), the AGA estimated that 26 million Americans would wager approximately $6.8 billion on the contest.

For this year’s matchup, however, the AGA reckoned that only 23.2 million Americans would bet around $4.3 billion.

That is a tremendous year-over-year collapse, to say the least.

The rationale, however, was sound enough. Per the AGA survey, the COVID pandemic is the cause:

4 million Americans plan to bet in-person at a sportsbook, down 61 percent from 2020.

8 million bettors plan to place a bet with a bookie, down 21 percent.

5 million Americans plan to place a pool, squares, or similar bet, down 19 percent.

9 million Americans plan to bet casually with friends, down 18 percent.

Further, the research seems to lean on the idea that the launch of more domestic online betting options has somehow reduced the action at offshore sports betting sites.

But these offshore sites have reported huge surges in US membership rates throughout all of 2020. That thing about “rising tides” comes to mind…

And while we’ll never get the complete picture of the total betting handle for Super Bowl LV, some early results show that the game may have fared better than previously believed.

According to ESPN, a small roundup of popular domestic US gambling districts shows that – in those regions – Super Bowl 55 was indeed on pace to eclipse Super Bowl 54 in terms of betting action.

Illinois, in its first year with sports betting available inside the state, saw $45.6 million wagered, while Pennsylvania bettors turned a handle of $53.6 million.

Though these numbers are mere snapshots, they tend to paint a vastly different picture of the dire scenario outlined by the AGA in the days before this year’s Super Bowl.

Even more interesting? While Super Bowl betting doesn’t seem to have tanked, Super Bowl ratings were their worst in 50 years.

One day, perhaps betting on sports will be the only reason sports even exists.