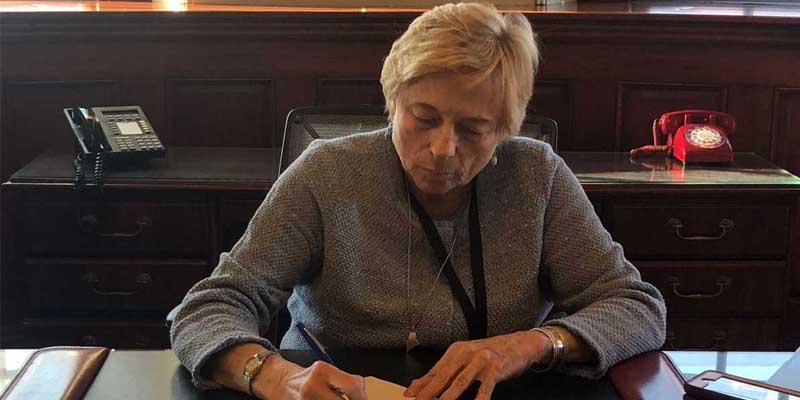 For only the second time since the U.S. Supreme Court decision to repeal the Professional And Amateur Sports Protection Act in May 2018, a sitting governor has rejected their state’s sports betting legislation.

Prior to Mills’ veto, Rick Synder, the now-former Republican Governor of Michigan, was the only governor to block any sports betting bill from becoming law after passing in the state legislature.

But unlike Michigan, which now has sports wagering as well as legal online gambling after Democrat Governor Gretchen Whitmer signed similar legislation in December 2019, the odds of Maine allowing sportsbooks appear low while Mills remains in office.

The Maine Legislature passed the sports betting bill over the summer, and several lawmakers were optimistic about it becoming law, especially since the legislation received bipartisan support.

However, because the bill received approval on the last day of state’s 2019 legislative session, it triggered the possibility of a “pocket veto”—a clause in the Maine Constitution that neither kills nor enacts the bill if the legislature has adjourned and is not signed by the governor within ten days of passage.

If the legislature had been in session ten days after voting to pass the bill, then it would’ve become law without Mills’ signature.

By choosing to pocket veto the legislation, Mills delayed any further action on the sports gambling bill until lawmakers assembled for the 2020 session, which started on January 8.

Because pocket vetoed legislation must be resolved no later than three days after the new session commenced, the governor was forced to choose one of the three following actions: 1) sign the bill into law, 2) allow it to become law without her signature, or 3) veto the legislation.

Mills went with the third option, rejecting the bill—nearly seven months after it arrived on her desk—that would’ve brought legal online and mobile sportsbooks to Maine.

As for why she decided against signing the sports betting legislation, Mills said in her veto letter that she remains “unconvinced at this time that the majority of Maine people are ready to legalize, support, endorse and promote betting on competitive athletic events.”

“I believe we need to examine the issue more clearly; better understand the evolving experiences of other states; and thoughtfully determine the best approach for Maine,” she wrote in the letter. “That approach needs to balance the desire to suppress gambling activities now being conducted illegally and the need to protect youthful gamblers and those least able to absorb losses under a closely regulated scheme.”

Mills went on to express doubts over whether including sports wagering in the Maine gambling laws would bring in additional tax revenue for the state.

However, in the next sentence, she says the state could take in additional tax revenue from regulated sportsbooks and appears to suggest that Maine’s sports betting bill—LD 553—justifies legalizing any and all forms of gambling.

“In addition, while legalized sports gambling may attract some revenue to the state coffers, the same economic premise in theory would justify legalizing all forms of gambling—betting on the weather, spelling bees and school board elections, for instance,” she said.

In addition, adding sports betting to what’s offered in Maine would not justify the legalization of “betting on spelling bees” under the proposed legislation. The bill she vetoed explicitly adds wagering on professional and collegiate sporting events only.

The only hope remaining for Maine’s sports betting bill is a vote on whether to override her veto, which is scheduled to take place sometime this week.

However, since two-thirds approval is required for the bill to become law without her signature, the longshot odds of that happening means that it’s very likely the legislature has to start the process of legalizing sports betting from scratch.