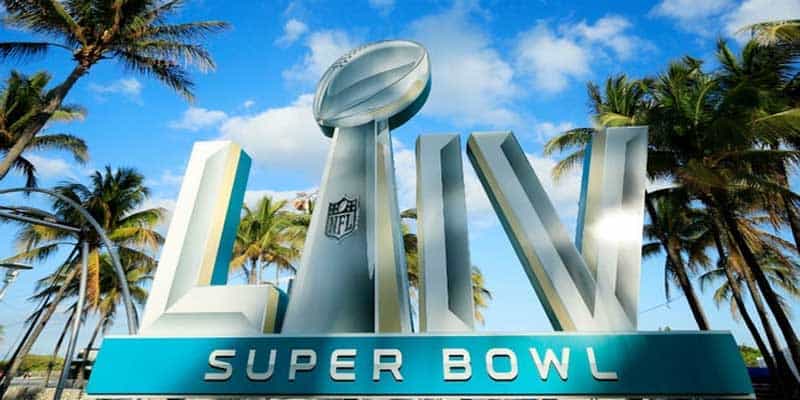 The Super Bowl is annually the most-watched and most bet on sporting event in the country, and this year, more Americans than ever are expected to gamble money online in the United States on the NFL’s title game.

According to the results from an American Gaming Association survey released this week, approximately 26 million Americans—more than 1-in-10 adults from around the country—are planning on placing a bet on the Super Bowl 2020 matchup between the Kansas City Chiefs and the San Fransisco 49ers.

The AGA survey—conducted by Morning Consult from Jan. 21-22, 2020, among a national sample of 2,200 adults—also found that the legal sportsbook handle for Super Bowl 54 is projected to reach an estimated $6.8 billion in total wagers placed.

Both the number of people and the amount of money wagered are a significant increase from the projections for Super Bowl 53 last year, where an estimated 22.7 million adults bet a combined $6 billion on the New England Patriots 13-3 win over the Los Angeles Rams.

Bill Miller, the president and CEO of the AGA, said in the press release that the increased findings represent a greater interest in USA sportsbooks as more states look to legalize sports betting.

“With 14 operational markets and another seven close behind, Americans have never before had so many opportunities to wager on the Super Bowl in a safe and legal manner, and clearly, they are getting in on the action,” Miller said. “With increased visitation to legal sportsbooks, we are successfully drawing bettors away from the predatory illegal market.”

Miller went on to say that the growth in the gambling industry is thanks in large part to the U.S. Supreme Court decision that repealed PASPA in May 2018. Still, he acknowledged the fact that people had been betting on the Super Bowl, and sports in general, long before the highest court found the federal law to be unconstitutional.

“I have absolute confidence that Americans didn’t start betting on sports when the Professional and Amateur Sports Protection Act was overturned,” Miller said. “What makes this year’s Super Bowl remarkable is that more fans than ever before will have the reassurance that the integrity of their bets on the big game will be preserved. The continued expansion of legal sports betting—to the detriment of the illegal market—truly benefits all stakeholders, from enhanced fan engagement for teams to added tax revenue for state and local economies.”

Whether through the state-regulated market, legal online and mobile offshore sportsbooks, casual betting with friends, squares pools, or using an illegal back-alley bookie, the survey also found that 52% plan to place a wager on the Chiefs. At the same time, 48% are taking the 49ers to win Super Bowl 54 on Sunday, Feb. 2, in Miami, FL.