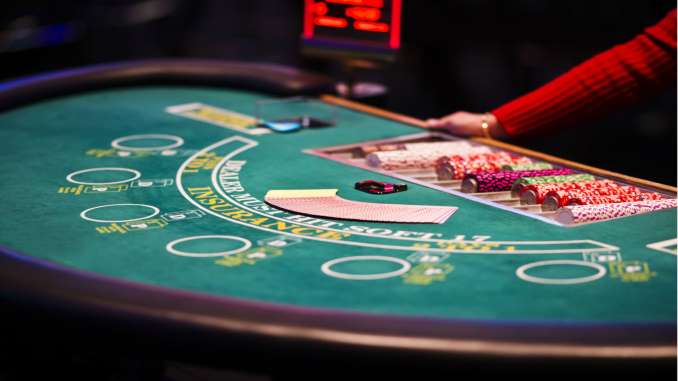 In November, voters will decide on whether to welcome California online gambling. With up to four different measures to choose from, the state’s options will be plenty.

But California’s pari-mutuel gambling rooms don’t want to see this kind of expansion, especially if they don’t get a cut of the profits.

So far, only one gambling initiative has secured a space on the 2022 ballot. Backed by the Federated Indians of Graton Rancheria, the proposal asks voters to authorize in-person betting at American Indian casinos and racetracks.

Moreover, the measure would legalize Las Vegas-style table games at California casinos. This includes dice games like craps and roulette. In exchange for the privilege, the tribes would delegate 10% of all sportsbook profits at racetracks.

30% of the tax revenue would be set aside for problem gambling efforts, with the other 70% disbursed to the General Fund.

However, two of the state’s cardrooms argue that this expansion of gambling laws in the US is both unconstitutional and a threat to their businesses.

In February, representatives for the Hollywood Park Casino and Parkwest Casino pleaded with courts to invalidate the ballot initiative.

The Supreme Court in San Francisco swiftly dismissed the case, though it hasn’t stopped efforts by the cardrooms. Last week, the group launched another lawsuit against the tribes—this time, in Los Angeles.

Maurice Suh, a lawyer representing the cardrooms, claims that the fight isn’t over. In a discussion with the North Bay Business Journal he says,

“We believe in the strength of our arguments. We now look forward to having a court analyze our writ petition on the merits. The law simply does not allow the tribal casinos to insert these kinds of self-serving provisions beneath the cover of a ‘sports betting’ initiative.”

Still, the tribes’ initiative isn’t the only bid expected to make the ballot this year. Another proposal, backed by major players like DraftKings and BetMGM, aims for broader legalization guidelines.

More Proposals On The Way

Under their proposal, bettors would have access to legal online sports betting as well as mobile options. The initiative would allow for commercial operators as well as American Indians. All revenues from wagering would be subject to a 25% annual tax rate.

Parties backing both of the proposed measures have spent several millions of dollars trying to collect both signatures and support. Analysts predict that up to $200 million will be spent on the sports betting efforts in California for 2022.

And with so many residents on the fence, they’ll need the funds.

According to a UC Berkeley survey, only 45% of California voters favored a sportsbook expansion. 33% of respondents in the study said they would likely vote against such a bill, with 22% who declared themselves undecided.

The battles for gambling territory are just ramping up. It’s not even spring and the lawsuits just keep coming. Not just for California but all over the US.

We’re keeping up with the news as it happens, so stick around!